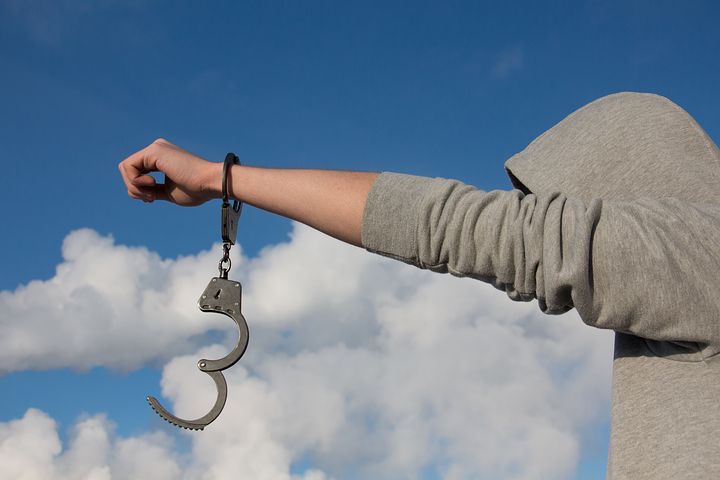 How do you define the word responsibility? It is a “form of trustworthiness,” according to the dictionary, “the trait of being answerable to someone for something or being responsible for one’s conduct.” Is this sense of obligation and answerability now vanishing in the sphere of politics by the dishonesty and corruption of most politicians; of religion by the dollar mentality of many religious leaders; of the family by the parents’ neglect of their children? Hence, we need our sense of trustworthiness to always harmonize with the Christian teachings. We need the biblical accountability as Christ’s people. Let us neither redefined nor humanized our version of responsibility!

I found from the Scriptures the deep meaning of responsibility, more so regarding the Christian faith. Said our Lord Jesus that, “It would be better for him if a millstone were hung around his neck and he were thrown into the sea, than that he would cause one of these little ones to stumble.” (Luke 17:2, NASB) Jesus taught about trustworthiness and a sensible life; or we cause others to stumble in the faith because of our irresponsibility and neglect of doctrine. We need to walk the talk!

One popular pastor in our town, for an example, loved the “Betamax” (happened in the late 1980s) and the porn films associated with the technology. Later, we learned all his daughters became single moms. We, Christian parents, are the devil’s main targets. Let us talk about influencing our own family first, before we could shine as influencers in our church and community. We are not perfect, but the Spirit of Christ will help us. Taught PAUL that Christ “is at the right hand of God, . . . interceding for us.” (Rom. 8:34, ESV) Jesus is intervening for us so we could “Pay close attention to yourself and to your teaching.” (1 Tim. 4:16a)

The phrase “little ones to stumble” refers to the weaker ones in the faith who were easily offended by the life, actions and words, of those who are mature in the faith or in appearance. Christianity therefore, is a huge responsibility. Remember that Christ gave this teaching to His disciples, not to the public at large, whom He prepared and trained to lead in spreading the Christian Gospel to the whole world (cf. v.1). To cause the weaker Christian to stumble in the faith (a pastor having a paramour for example!) is just like committing suicide in the ocean without a Plan B.

“It would be better for him if a millstone were hung around his neck and he were thrown into the sea, than that he would cause one of these little ones to stumble.”

It is a profound expression: thrown into the middle of the sea with a heavy millstone tied around the neck. That’s the ultimate meaning of responsibility, Christ’s version!

The Christian meaning of responsibility, especially about faith, is connected to the importance of the faith of the “little ones” not to stumble, since eternal life is all about faith in Christ, for “whoever believes in Him shall . . . have eternal life.” (John 3:16b)

Perhaps, we can say that Christian responsibility is our taking care of our faith and practice for the benefit of the other believers. Hence, in verse 5 of the same Chapter 17 of Luke, the Apostles “said to the Lord, ‘Increase our faith!'” Or, the other way of saying, Lord help us, for we cannot do it by ourselves; it requires great faith; it needs Your help and intervention. The real sense of responsibility always starts with the resurrected and living Christ’s involvement in our lives!

Existentialism Versus Sense of Responsibility

First developed by Søren Kierkegaard, the thought known as Existentialism involves “the problems of making free choices, of taking responsibility for what we choose, of overcoming alienation from our lives.” This philosophy has now evolved into many branches, but its bottom line is the same: that our sense of responsibility is subjective or that we are responsible only if we think we are, notwithstanding God’s moral standards.

“This is my own life,” shouted a pregnant 17-year-old girl to her mother. And that’s how most people in the more civilized world think about responsibility: “This is my life, no problem, I’ll kill this baby; I’m not responsible to anybody; this is my life!” Folks, how wicked life could be if God is not a Part of the paradigm of responsibility.

“This is my own life,” shouted a pregnant 17-year-old girl to her mother. And that’s how most people in the more civilized world think about responsibility: “This is my life, no problem, I’ll kill this baby; I’m not responsible to anybody; this is my life!” Folks, how wicked life could be if God is not a Part of the paradigm of responsibility.

Willingness to Kill in the Name of God

What about those who kill in the name of God? Well, they have their teachings to share. Ours is Christianity; theirs is not and is far, far different and twisted. Their sense of responsibility, compared with biblical Christianity, is below zero—nothing! Can you imagine backpacking bombs to kill innocent young children and women and suiciding in the name of God? It’s pure evil! I don’t know how much brainwashing someone requires before he will commit suicide and kill people in faith’s name. My surprise is that no news of the brainwashers (their leaders!) suiciding for their religion. Osama bin Laden taught it but never did it himself. And here is the worst biblical scenario: for God will help those lovers of falsehood heighten their taste for deception. Paul wrote that the demon-blinded folks around us will “give hearty approval to those who practice” sin. (Rom. 1:32b) The spirit of deception is always present in a demonic and unscriptural doctrine, since God will allow the spirit of error to further deceive those who hate the truth. God, according to the apostle Paul, will send a strong delusion to believe what is false to those people who denied and rejected the truth.

“. . . [B]ecause they did not receive the love of the truth so as to be saved. For this reason God will send upon them a deluding influence so that they will believe what is false, in order that they all may be judged who did not believe the truth, but took pleasure in wickedness.” (2 Thess. 2:10-12)

In sum, God will NOT force you to believe if you lack the love for the TRUTH. To satisfy your craving for error and the “pleasure in wickedness,” God will even send you the spirit of deception so you will believe what is false. If you are in the dark, lost, and blind, then your sense of responsibility is blank—empty! Kill in the name of God? You must have a “seared conscience” (1 Tim. 4:2) and no sense of answerability at all!

But to Christ’s followers, Paul said: “. . . God has chosen you . . . for salvation through sanctification by the Spirit and faith in the truth.” (2 Thess. 2:13) We trust the truth. Christ’s truths cement our faith and touch our hearts. We have a responsibility for every act we make not only to ourselves and to people around us but to God.

Do we need to redefine responsibility and follow the existentialists’ subjective, as-I-see-it concept of blameworthiness? No. Jesus said that if you cause the little children to stumble, “It would be better for [you] if a millstone were hung around [your] neck and [you] were thrown into the sea.” Responsibility emanates from the good assumed as dictated by the moral conscience. Most of those who don’t have Christian values abort their children. Or, let their kids party like crazy. Some divorce their wives with no qualm of responsibility. But, we, born-again Christians, are different because our God taught us that “By mercy and truth iniquity is purged: and by the fear of the Lord men depart from evil.” (Prov. 16:6, KJV)