Liberal intellectualism dominates the Internet. The biblical Christian message can never shine on this platform. Almost 3000 years ago, Prophet Isaiah asked the same concern: “Who has believed our message? And to whom has the arm of the LORD been revealed?” (Is. 53:1, NASB1995) It is not abnormal for the world to choke the biblical Christian message in cyberspace. It is our Lord’s perennial burden: all people do not gravitate to the God of love and truth! The subject of God is just not their cup of tea. “THERE IS NONE WHO UNDERSTANDS,” wrote the apostle Paul, “THERE IS NONE WHO SEEKS FOR GOD.” (Rom. 3:11) How to preach the Christian message to “all the nations”? (cf. Matt. 24:14)

Does the Internet help the rejecters of Christ increase their unbelief? “God,” said a well-educated old man who was my professor in college, “is the author of our miseries because He allowed the devil to tempt Adam and Eve.” He learned it from the Internet.

God is Not the Author of Our Miseries

Let’s answer this accusation from my former teacher before moving to the other Internet-inspired confusion. God is not the author of our miseries. When the devil tempted our first parents, they were perfect in everything. No corruption of whatever form got packaged into their beings. Adam was a genius since “The man gave names to all the cattle, and to the birds of the sky, and to every beast of the field.” (Gen. 2:20) God also gave him the power to dominate (to have dominion) before the devil ruined them. (Gen. 1:28)

They had the moral adequacy to defeat the devil. But they chose—by their own free will—to listen to Satan and disobey God. Our Father did not create in us a mechanism for sinning (except choosing between life or death), but to live forever like the angels of God. Our miseries are our own making, and this instance had prompted God to send His Son Jesus to save us from His wrath at the time of judgment.

“For God so loved the world, that He gave His only begotten Son, that whoever believes in Him shall not perish, but have eternal life.”

The Christian Message Versus the Bible’s Inconsistencies

You don’t need to waste time on this. Google will pop up quickly on the browser the sites of the humanists and atheists that deal with “Bible inconsistencies.” A blogger wrote that Acts 9:7 and Acts 22:9 are inconsistent accounts of Paul’s meeting with the risen Christ. The issue is the phrase “hearing a voice,” and “heard not the voice.” But it is part of KJV’s ambiguity. (That’s why I’m not a King James only guy.)

The Greek word involved is “akouo” which is translated as either hear or understand. In Acts 9:7, Paul’s companions did not hear Christ’s voice, and in Acts 22:9, they did not understand. Thus, no Bible inconsistency as alleged. The NASB1995 translation clarified this KJV ambiguity: “And those who were with me saw the light, to be sure, but did not understand the voice of the One who was speaking to me.”

Preserving the Christian Message in the Last Days 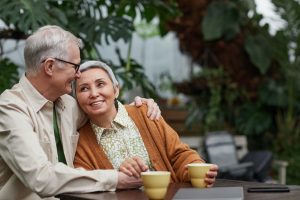 Both the old and new believers must guard themselves doctrinally. We must defend our most precious faith. The Internet is the devil’s major stage. Let us not wait for the Global Elite and the world governments to treat the Christian Message as the new Ivermectin.

From Facebook and other social media platforms, we find every blasphemous teaching imaginable. Every Sunday service we find Christ embarrassed in the churches that teach a physical miracle in His name—but no single miracle happened for decades, as if He cannot deliver what was preached. A former Pentecostal (William (Bill) Davis) once said: “What was claimed for the great power of God was nothing more than musical hype and psychologically induced emotionalism.”

The enemies of the Gospel are showing up from all corners of the Christian ambit, and all weaponized the Internet to advance a different message instead of Christ saving a soul from hell.

What is this Christian Message?

This Christian Message choked and distorted through the power of the Internet, is well known to all but not all understand it. What is it? Well, it’s about God’s love in Christ to save humanity from hell. Do you want to live in heaven forever after your death? It is the Christian message: your salvation from God’s wrath because of sin! It is called Gospel and the apostle Paul has explained its entire scope in 1 Corinthians 15. Observe:

“Now I make known to you, brethren, the gospel which I preached to you, which also you received, in which also you stand, by which also you are saved, if you hold fast the word which I preached to you, unless you believed in vain. For I delivered to you as of first importance what I also received, that Christ died for our sins according to the Scriptures, and that He was buried, and that He was raised on the third day according to the Scriptures.” (1 Cor. 15:1-4)

How Do People Choke the Christian Gospel through the Internet?

First, the Christian message is choked by providing cyberspace with more entertainment and false Bible teachings. Fake news and propaganda (religious, LGBTQ-related, and other interests) have found their mighty leverage in the darkness of cyberspace.

What about Netflix’s depicting a gay Jesus in its Christmas movie? This type of behavior tells all. The unyielding gay agenda is just reaching the quality and character of sodomitic last days.

The Power of the Christian Message

The cyber attack of the devil on true Christianity is just like the alarm calls of hopeless ants on the foot of an elephant. No one can turn off the light of born-again Christianity. No one—not even God’s archenemy! The power of the Christian message is proven in godless Iran and China. Research shows the growth of secret Christian churches in these countries. It is just incredible.

The reason is obvious to the born-again Christians who experienced the Spirit of Christ in their souls. Islamism, Buddhism, Hinduism, or even Fake Christianity can never satisfy man’s natural quest for divine truth. Someone said, I studied Mohammad’s life and became a Muslim; I studied Christ’s life and became a Christian.

Christianity is the relationship of the loving Jesus, the Son of God, our Savior. This relationship with divine love is impossible for those worshipping snake gods as the Hindus or those harboring a “kill-the-unbeliever” teaching as the Islamic ungodliness.

With this realization, I am convinced that the overspreading demonism in cyberspace cannot retard the growth of real Christianity.

As commanded by Christ: “Preach the Gospel to all nations” for the salvation of the lost from hell. And this Christian message will flourish amid the attacks by those hating Christ for no reason.

The Darwinism and Humanism of the Liberals and the Atheists

Academia has an immense problem. Because of its campaign to sell out Darwinism that we evolved from the apes—thus, rejecting the Creation Story—, it funded the immense cover-up of the historical truth that there was a superior and high-tech civilization before the Flood (a reversed evolution?) as proven by the mysterious stone structures and other wonders (giant skulls, elongated skulls, the Pyramids, Annunaki ancient records, etc.) found across the globe.

The atheists have the same predicament: they can no longer define a woman because they are not biologists. This moronic nonsense trended on Twitter. If you suppress the truth, you will get the wrath of God. Hence, transgenderism is always associated with suicidal behaviors.

For the wrath of God is revealed from heaven against all ungodliness and unrighteousness of men who suppress the truth in unrighteousness, because that which is known about God is evident within them; for God made it evident to them.” (Rom. 1:18-19)

The Christian message of biblical Christianity knows no bounds. Why? Because the truth knows no bounds. Christ said, “the gates of Hades will not overpower” His church. (cf. Matt. 16:18) “My own eyes,” wrote J. C. Ryle, “see the doctrine… in Scripture… I cannot give it up.” 1

The Power of the Internet

True Christianity quenches both our mental and spiritual thirsts for truth, for “in Him you have been made complete” (Col 2:10). But the Internet has now become the largest haven of everything that is anti-Christian and anti-Bible.

The vital question is: Will the light of real Christianity that has built the greatest civilizations on the earth be finally turned off through the power of the Internet in the hands of the devil?

My answer is that we need the Word of God, which is the Sword of the Holy Spirit. We need sound doctrines. We need to understand them thoroughly, for no one can deceive a well-informed man (cf. Matt. 13:23).

Most important of all is that we need a more personal and experiential knowledge of Christ our Lord. “Yea doubtless,” wrote the apostle Paul, “and I count all things but loss for the excellency of the knowledge of Christ Jesus my Lord: for whom I have suffered the loss of all things, and do count them but dung, that I may win Christ” (Phil. 3:8 KJV).

The knowledge and treasures of this world cannot be comparable with Paul’s knowledge of our Lord.

With or without the Internet, the devil continues to have an enormous problem. It is his perennial failure (for the past 2000 years!) to wipe out Bible Christianity or at least make it irrelevant to the modern man.

The Power of the Devil with or Without the Internet

True, the devil had already destroyed many Christian churches before the Internet, even deceiving some pastors’ children to become foremost enemies of Christ. His alternative teaching, however, to the fundamental Christian faith, can never satisfy the deepest spiritual longings of the human soul!

How do you see immorality (the devil’s favorite doctrine), for example, in life? Or, what about divorce, homosexuality, drug abuse, idolatry, murder, ungodliness, wickedness, drunkenness, and the like? The devil’s alternative religion gives nothing to the soul but endless perturbation of the conscience and the permanent death of peace in our spirits. By it, the mind is flooded forever with the abiding wrath of God (cf. John 3:36).

Our Role to Propagate the Christian Message

We need the Holy Bible, its study, and exhortation. “Till I come, give attendance to reading, to exhortation, to doctrine.” (1 Tim. 4:13 KJV)

The Christian sphere is demonized and plagued by false and man-made teachings. Our turn is to vaccinate it with the fundamental doctrines of old-fashioned Christianity.