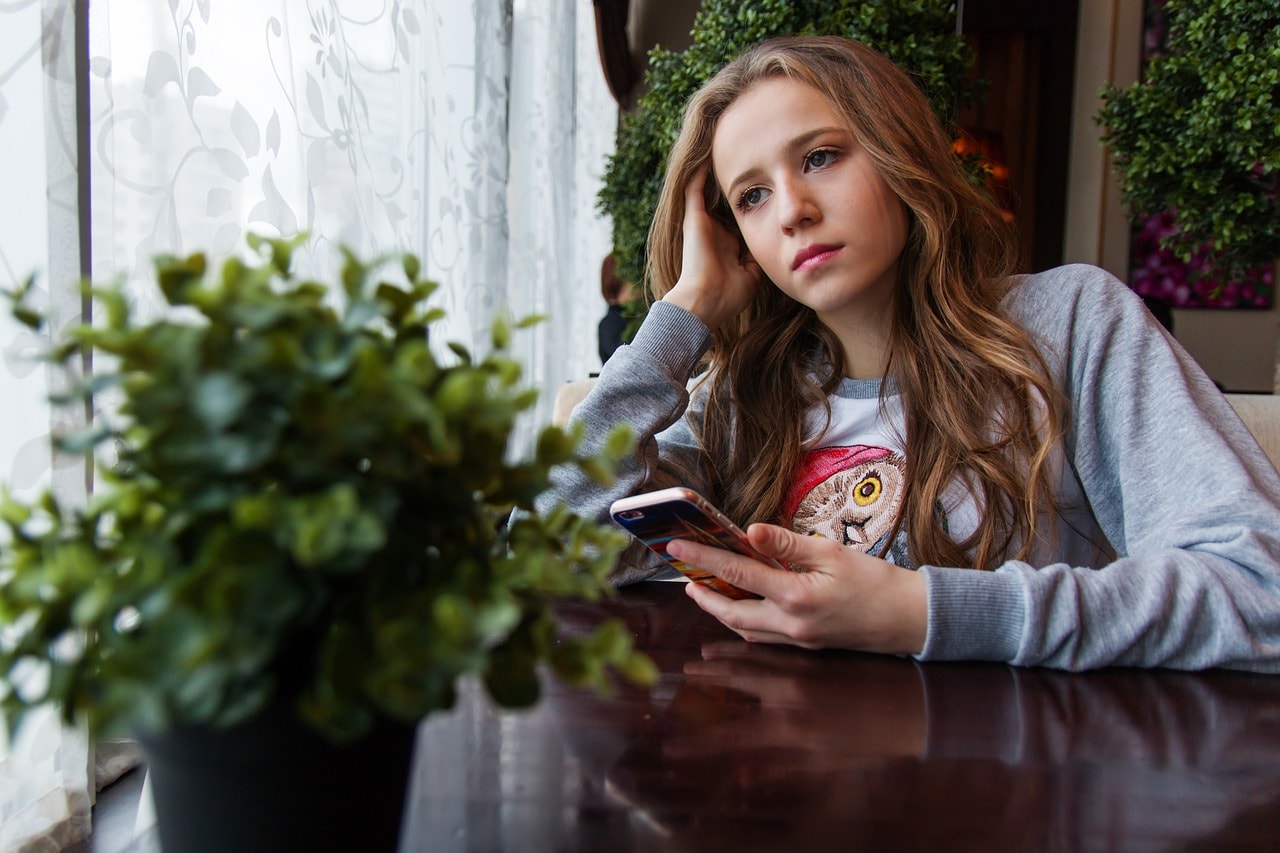 We are facing trials every once in a while as part of our unsinkable imperfections in this life. Earth is not the dreamland; suicide, therefore, is abnormal and committed by those experiencing mental illness known as depression. God’s parting words for Adam were not a happy anticipation of a life away from paradise. Now, we swallow the pill as children of Adam, the sinner. There are ordeals, tons of them in this domain. Facing trials head-on, like struggling with cancer or kidney disorder, is the only rational option available to each one of us. But we can only resist the fear associated with any form of adversity by faith in the promises of God. Wrote the prophet Jeremiah that God has real plans for our welfare and not for our calamity.

‘For I know the plans that I have for you,’ declares the Lord, ‘plans for welfare and not for calamity to give you a future and a hope.
(Jer. 29:11)

Abraham is the Father of Faith (cf. Rom. 4:16), and you’ve heard it already. But what does it mean? Well, Sarah, his wife, was barren, yet he believed that God would fulfill His promise to give him a son. He named him Isaac, meaning “laughter,” for Sarah laughed in her heart about God’s announcement that in her 90s she would embrace a son. Then, without explanation, God ordered Abraham to offer a burnt offering to the Lord with Isaac, (around 17 years old) as the sacrificial lamb. Abraham was facing trials time and again like any one of us. But he faced all of them unquestionably in the name of his God.

Here is how the Scriptures record Abraham’s test:

Now it came about after these things, that God tested Abraham, and said to him, ” Abraham!” And he said, “Here I am.” He said, “Take now your son, your only son, whom you love, Isaac, and go to the land of Moriah, and offer him there as a burnt offering on one of the mountains of which I will tell you.” So Abraham rose early in the morning and saddled his donkey, and took two of his young men with him and Isaac his son; and he split wood for the burnt offering, and arose and went to the place of which God had told him. (Gen 12:1-3)

Abraham, concerning a burnt offering, would have to kill and slice into two the animal before burning it. He was, in his trial, to do the same to his beloved son.

Abraham stretched out his hand and took the knife to slay his son. Gen. 22:10

Facing Trials from the Arsenal of God’s Promises 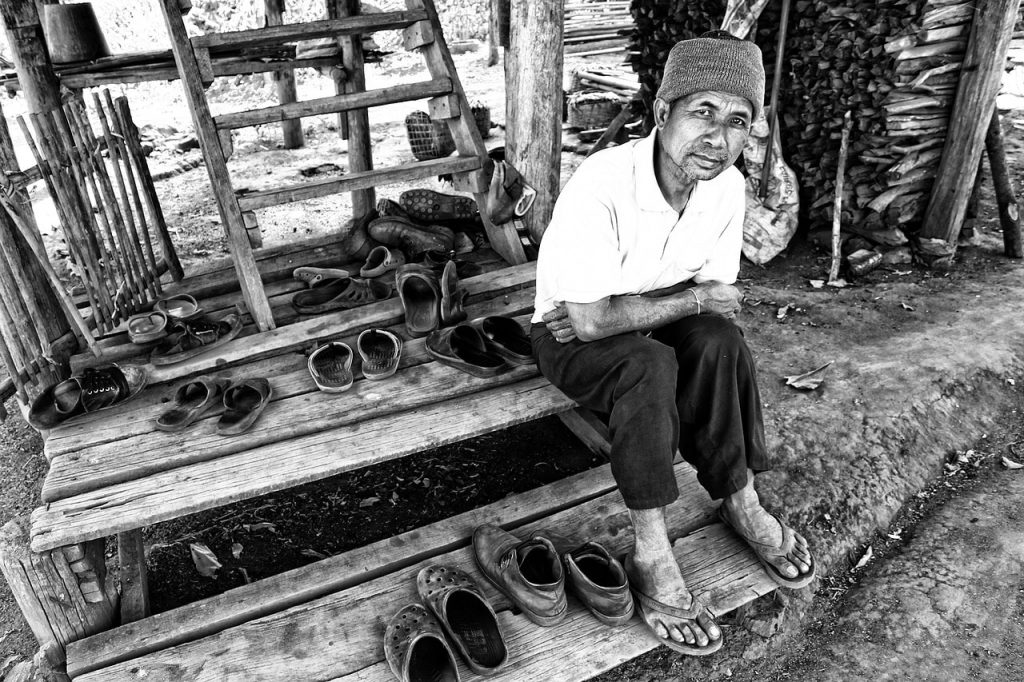 Abraham was just an ordinary human being like all of us except that he lived his life based on God’s promises and not on human wisdom. Most atheists prided themselves of their so-called logical and scientific explanation of their faith that God is not real and that He does not exist at all. But Abraham was different: he both feared and believed in the living God. This attitude of heart did please God so much! Our heavenly Father rescued Abraham in his greatest trial of killing his son.

But the angel of the Lord called to him from heaven and said, “Abraham, Abraham!” And he said, “Here I am.” He said, “Do not stretch out your hand against the lad, and do nothing to him; for now I know that you fear God, since you have not withheld your son, your only son, from Me.” Then Abraham raised his eyes and looked, and behold, behind him a ram caught in the thicket by his horns; and Abraham went and took the ram and offered him up for a burnt offering in the place of his son. Gen. 22:11-13

Abraham met a new miracle in his life: God saved Isaac, and provided a burnt offering for Himself by causing a “ram to be caught in the ticket by his horns.” Abraham was facing trials from the strength of believing in God’s words.

Hebrews 11 of the New Testament is sometimes called as the “Faith Chapter” and from there you’ll find the “Fathers of our Faith” facing trials in this life:

“They were stoned, they were sawn in two, they were tempted, they were put to death with the sword; they went about in sheepskins, in goatskins, being destitute, afflicted, ill-treated (men of whom the world was not worthy), wandering in deserts and mountains and caves and holes in the ground.” (Heb 11:37-38)

Some cannot pass even a simple test of faith like the biblical requirement for one submit to a water baptism (by immersion). Abraham was different since he trusted God’s promises and obeyed His words. His experience was coherently agreeing with Jeremiah 29:11 that God knows that His plans for us, His followers, are intended for our “welfare and not for calamity to give you a future and a hope.”

I knew of someone who was diagnosed with cancer and had only a few months to live. It is easy to say (if we are not the victim!) that courageously facing trials is Abrahamic and the tested prelude to the victory of our faith in the God of the Holy Bible. The truth is that from the viewpoint of a born-again Christian, all forms of a trial are bearable since God promised that He would want us to come out triumphant from our ordeals. Wrote the apostle Paul:

“No temptation has overtaken you that is not common to man. God is faithful, and he will not let you be tempted beyond your ability, but with the temptation he will also provide the way of escape, that you may be able to endure it. (1 Cor. 10:13 ESV)

A person with cancer (or other terminal ailments) from our observation tends to accuse God of being unfair. We Christians, however, have a different response since we believe that if our time on earth is expiring, we have hope of eternal life in Christ. Death is never the end of life.

For God so loved the world, that He gave His only begotten Son, that whoever believes in Him shall not perish, but have eternal life. John 3:16

The apostle Peter even said that we need to rejoice in our tribulations:

In this you greatly rejoice, even though now for a little while, if necessary, you have been distressed by various trials, so that the proof of your faith, being more precious than gold which is perishable, even though tested by fire, may be found to result in praise and glory and honor at the revelation of Jesus Christ; and though you have not seen Him, you love Him, and though you do not see Him now, but believe in Him, you greatly rejoice with joy inexpressible and full of glory, obtaining as the outcome of your faith the salvation of your souls. (1 Peter 1:6-9)

The Bible teaching concerning life’s trials is that they are allowed to build and not to destroy us—to give us a future and a hope, wrote prophet Jeremiah. Abraham’s faith serves to remind us that God’s intervention is more experienced as when we are in trouble.

In the New Testament, Martha and Mary saw Christ raised Lazarus, their brother, from the dead. When Christ came to Jericho, He healed a blind beggar named Bartimaeus. (cf. Mark 10:46-52) Facing trials through Christ’s intervention sums up the entire Bible doctrine about trials. Taught our Lord in John 15:7: “If you abide in Me, and My words abide in you, ask whatever you wish, and it will be done for you.”

Christ invited us to come to Him and accept Him as the only Savior of all humanity from the wrath of God and the judgment of hell. If we continue to deny and reject Him in our hearts, He couldn’t help us in our trials.

Remember that Christ is knocking at the door of your soul as your heart beats for life. And His offer for a free salvation by faith expires at your death. (cf. Rom. 6:23) He is knocking—open your heart!

Behold, I stand at the door and knock; if anyone hears My voice and opens the door, I will come in to him and will dine with him, and he with Me. . . But for the cowardly and unbelieving and abominable and murderers and immoral persons and sorcerers and idolaters and all liars, their part will be in the lake that burns with fire and brimstone, which is the second death.” (Rev. 3:20; 21:8)
Share