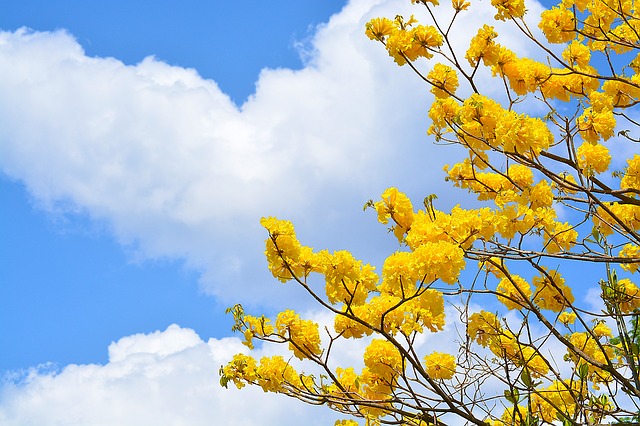 Paul, Persecutor of the Church 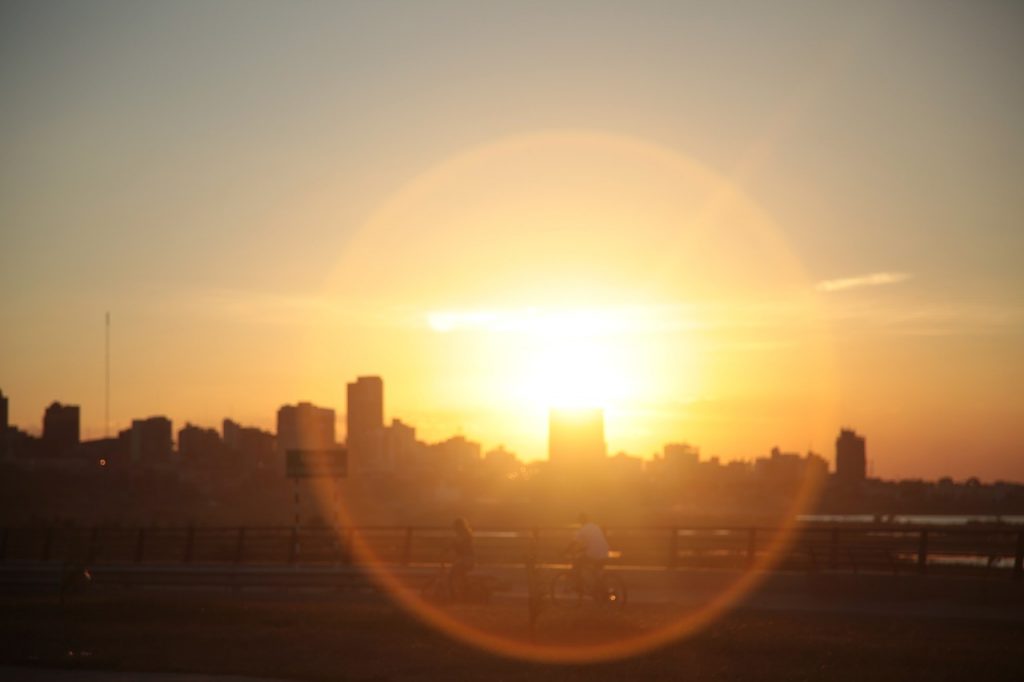 The Apostle was himself a persecutor of Christ until his conversion at Damascus. There’s no record that he had personally listened to Christ or witnessed His miracles during the Lord’s three-year ministry. Not one of the twelve, Paul was specially called by our Lord to plant churches among the Gentiles and to write most of the New Testament books.  Who taught Paul all the things he wrote as he authored 13 books of the New Testament?  In Galatians 1:11-12 he wrote that “the gospel which was preached by me is not according to man. For I neither received it from man, nor was I taught it, but I received it through a revelation of Jesus Christ.” He added that “. . . three years later I went up to Jerusalem to become acquainted with Cephas, and stayed with him fifteen days. But, I did not see any other of the apostles except James, the Lord’s brother. (Now in what I am writing to you, I assure you before God that I am not lying.)”  (Gal. 1:18-20)

The resurrected Christ was the Reason why did Paul became an expert in Christian doctrines and wrote most of the New Testament. Christ is God the Son, for no man could have mentored Paul supernaturally.

Paul said that he was not lying; he had only 15 days association with Peter, and yet he wrote half of the New Testament! How did Paul gather all his materials, his information, and teachings? He learned all of them from the Holy Spirit and the resurrected Christ’s direct revelations to him. Christ even gave Paul a potentially good part of the Lord’s Beatitudes not written by either Matthew or Luke in the Gospels that we find in Acts 20:35. It says: “[Remember] the words of the Lord Jesus, that He Himself said, ‘It is more blessed to give than to receive.'”

There is no other New Testament writer more informed about Christianity than the apostle Paul. Again the reason is that the resurrected Christ, who is real God, talked to him—he knew the risen Lord more than any man!

Paul knew Christ Jesus as his only real God Incarnate and Savior. Dr. Robert G. Lee wrote his description of Paul’s life of faith in Jesus as real God the Son beautifully:

“Paul was in peril of his life in Damascus, coldly suspected by his fellow believers in Jerusalem, persecuted in Antioch, stoned in Lystra, assaulted in Iconium, beaten with many stripes and put in jail at Philippi, attached by a lewd and envious crowd in Thessalonica, pursued by jealous enmity in Berea, despised in Athens, blasphemed in Corinth, exposed to the fierce wrath of the Ephesians, bound with chains in Jerusalem, and imprisoned in Rome. Paul was in prison without his freedom,  in winter without his coat, in court without his friends, in poverty without aid. BUT in none of these was he without his hymn of thanksgiving.” 1 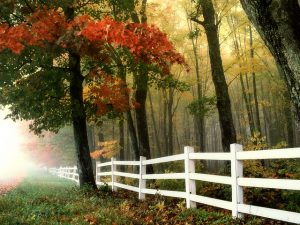 In 1 Timothy Chapter 1, Paul said that he was the chief of sinners because he persecuted the church. “For you have heard of my former manner of life in Judaism, how I used to persecute the church of God beyond measure and tried to destroy it” (Gal 1:13). Then, by a miracle, Christ as real God (not as Man) showed Himself to Paul.

As he was traveling, it happened that he was approaching Damascus, and suddenly a light from heaven flashed around him; and he fell to the ground and heard a voice saying to him, “Saul, Saul, why are you persecuting Me?”  And he said, “Who are You, Lord?” And He said, “I am Jesus whom you are persecuting,  but get up and enter the city, and it will be told you what you must do.”  The men who traveled with him stood speechless, hearing the voice but seeing no one. (Acts 9:3-7) 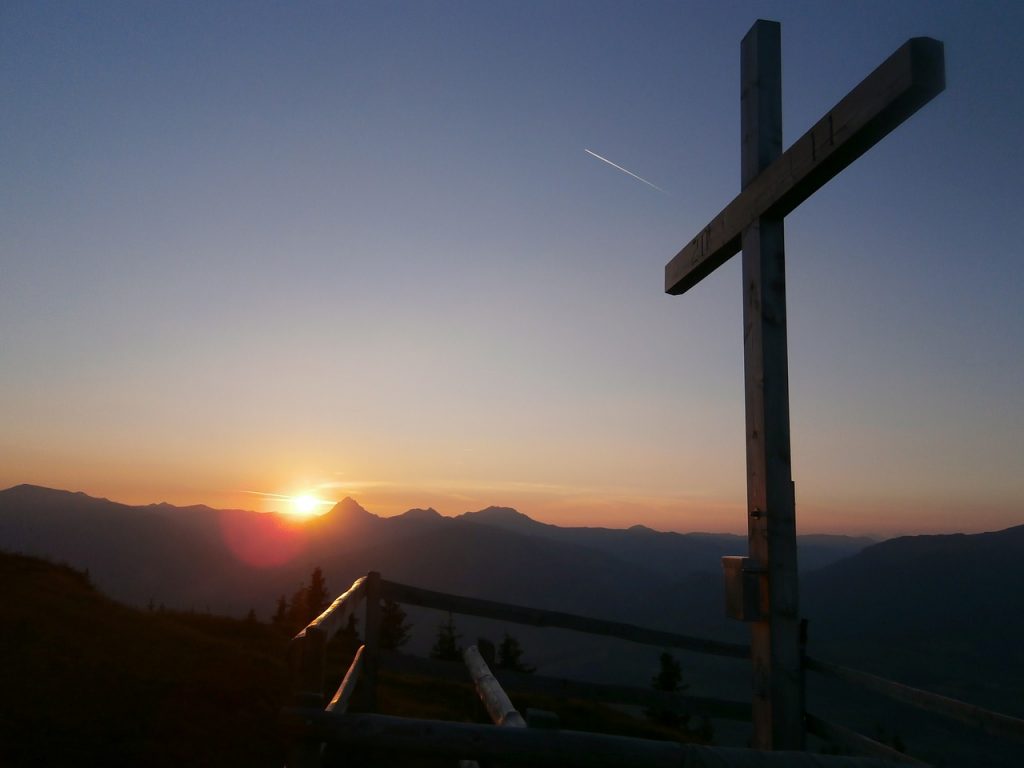 Millions of dollars in cash have been spent in books, radio, and other media to twist the truth of Christ’s deity. But Paul’s testimony about his knowledge of Jesus Christ as the undeniable God the Son continues to strengthen and encourage believers to trust their souls upon Christ, who is the Giver of eternal life.

Those so-called Christians who don’t  teach  Jesus as true God tend to teach that eternal life is just within man’s power to grab outside of God’s grace and  Christ’s atoning blood.  They are Christians in name only, because their “Christ” is not the Christ of the Holy Bible.

. . . looking for the blessed hope and the appearing of the glory of our great God and Savior, Christ Jesus. (Titus 2:13)

On our part as faithful disciples of Christ,  let’s always worship Paul’s great and real God in the flesh and Savior, Jesus Christ our Lord, for in Him rests our hope of eternal life is heaven and the resurrection of our bodies at the Lord’s Second Coming.

This truth is so satisfying to me. Jesus Christ is the true God the Son.

Matthew 1:23 (JESUS IS IMMANUEL OR GOD WITH US.):
“Behold, the virgin shall be with child and shall bear a Son, and they shall call His name Immanuel,” which translated means, “God with us.”

Isaiah 9:6 (PROPHET ISAIAH SAID, JESUS IS MIGHTY GOD.):
“For a child will be born to us, a son will be given to us; And the government will [i]rest on His shoulders; And His name will be called Wonderful Counselor, Mighty God, Eternal Father, Prince of Peace.”

2 Peter 1:1 (PETER SAID, JESUS IS OUR GOD.):
“To those who have received a faith of the same kind as ours, by the righteousness of our God and Savior, Jesus Christ.”

John 5:17,18 (JESUS CLAIMS EQUALITY WITH FATHER GOD.):
“But He answered them, ‘My Father is working until now, and I Myself am working.’ For this reason therefore the Jews were seeking all the more to kill Him, because He not only was breaking the Sabbath, but also was calling God His own Father, making Himself equal with God.”

John 10:30-33 (JESUS AND THE FATHER ARE ONE.):
“‘I and the Father are one.’ The Jews picked up stones again to stone Him. Jesus answered them, ‘I showed you many good works from the Father; for which of them are you stoning Me?’ The Jews answered Him, ‘For a good work we do not stone You, but for blasphemy; and because You, being a man, make Yourself out to be God.'”

John 14:6-7 (JESUS IS THE WAY, THE TRUTH, AND THE LIFE. HE IS EVERYTHING.):
“Jesus said to him, ‘I am the way, and the truth, and the life; no one comes to the Father but through Me. If you had known Me, you would have known My Father also; from now on you know Him, and have seen Him.'”

Acts 4:12 (JESUS SAVES AND SALVATION IS OF GOD.):
“And there is salvation in no one else; for there is no other name under heaven that has been given among men by which we must be saved.”

Philippians 2:5-7 (JESUS IS IN THE FORM OF GOD.):
“Have this attitude in yourselves which was also in Christ Jesus, who, although He existed in the form of God, did not regard equality with God a thing to be grasped, but emptied Himself, taking the form of a bond-servant, and being made in the likeness of men.”

Colossians 2:9 (THE FULLNESS OF GOD DWELLS IN JESUS.):
“For in Him all the fullness of Deity dwells in bodily form.”

1 Timothy 1:16 (GOD REVEALS HIMSELF IN THE FLESH—IN JESUS.):
“By common confession, great is the mystery of godliness: He who was revealed in the flesh, Was vindicated in the Spirit, Seen by angels, Proclaimed among the nations, Believed on in the world, Taken up in glory.”

Titus 2:13 (JESUS IS PAUL’S GOD.):
“looking for the blessed hope and the appearing of the glory of our great God and Savior, Christ Jesus.”

Hebrews 1:8-9 (THE FATHER CALLS JESUS GOD: ‘Your throne, O God.’):
“But of the Son He says, ‘Your throne, O God, is forever and ever, And the righteous scepter is the scepter of His kingdom. “You have loved righteousness and hated lawlessness; Therefore God, Your God, has anointed You With the oil of gladness above Your companions.'”

2 John 1:7 (JESUS IS GOD COMING IN THE FLESH.):
“For many deceivers have gone out into the world, those who do not acknowledge Jesus Christ as coming in the flesh. This is the deceiver and the antichrist.

Revelation 22:13 (JESUS IS THE BEGINNING AND THE END.):
“I am the Alpha and the Omega, the first and the last, the beginning and the end.”

1 Timothy 6:14-16 (JESUS IS ‘KING OF KINGS AND LORD OF LORDS.’):
“that you keep the commandment without stain or reproach until the appearing of our Lord Jesus Christ, which He will bring about at the proper time—He who is the blessed and only Sovereign, the King of kings and Lord of lords, who alone possesses immortality and dwells in unapproachable light, whom no man has seen or can see. To Him be honor and eternal dominion! Amen.”

Hebrews 2:17-18 (JESUS AS GOD IN THE FLESH INTERVENES.):
“Therefore, He had to be made like His brethren in all things, so that He might become a merciful and faithful high priest in things pertaining to God, to make propitiation for the sins of the people. For since He Himself was tempted in that which He has suffered, He is able to come to the aid of those who are tempted.”

Hebrews 4:15-16 (JESUS IS OUR MEDIATOR WHO IS EQUAL WITH GOD.):
“For we do not have a high priest who cannot sympathize with our weaknesses, but One who has been tempted in all things as we are, yet without sin. Therefore let us draw near with confidence to the throne of grace, so that we may receive mercy and find grace to help in time of need.”

1 Peter 2:24 (FAITH IN JESUS’ SHED BLOOD SAVES.):
“and He Himself bore our sins in His body on the cross, so that we might die to sin and live to righteousness; for by His wounds you were healed.”

John 15:13 (JESUS BECAME MAN TO SAVE US AND GIVE US ETERNAL LIFE.):
“Greater love has no one than this, that one lay down his life for his friends

Romans 5:8 (JESUS DIED BECAUSE OF HIS LOVE TOWARD US.):
“But God demonstrates His own love toward us, in that while we were yet sinners, Christ died for us.”

1 Corinthians 15:1-6 (JESUS DIED AND RESURRECTED TO PROVE HIS DEITY.):
“Now I make known to you, brethren, the gospel which I preached to you, which also you received, in which also you stand, by which also you are saved, if you hold fast the word which I preached to you, unless you believed in vain. For I delivered to you as of first importance what I also received, that Christ died for our sins according to the Scriptures, and that He was buried, and that He was raised on the third day according to the Scriptures, and that He appeared to Cephas, then to the twelve. After that He appeared to more than five hundred brethren at one time.”