We have a human responsibility to enter God’s kingdom and live in heaven forever. And that responsibility is our task to believe in Christ Jesus, our Lord and Savior. It is the essence of John 3:16, the most quoted Scripture: “For God so loved the world, that He gave His only begotten Son, that whoever BELIEVES in Him shall not perish, but have eternal life.”

There’s no strong-arm tactic in God’s government; we are free to obey or disobey our Maker. Life in heaven or hell? It’s purely our human responsibility—OUR very OWN choice! Adam, for example, left Paradise by choice. Lot lived in Sodom; Judas went to Hell; and Lucifer became the devil–all by choice!

The Contradictions of the Hyper-Calvinist Preachers

I remember attending a church where the sermon turned around salvation by grace with the emphasis fixed on “all of grace” the way John Piper and the other Hyper-Calvinists interpreted the doctrine of grace. At the end of the sermon, the preacher ended his talk by saying, “but we still do soul winning.” Why? Why the command to go “and make disciples of all the nations” (Matt. 28:19) — when salvation is “all of grace”?

Well, can’t we just let the people wait for God’s pleasure to save them through His compelling and IRRESISTIBLE GRACE? We don’t do soul winning anymore, for it’s useless. Right? Is it your teaching—that God chooses those who will enter heaven by predestination? Is that your doctrine? If so, you are a Hyper-Calvinist!

The Hyper-Calvinist Rejects Free Will and Human Responsibility

“All of grace,” sounds biblical. Grace means favor or “the free and unmerited favour of God as manifested in the salvation of sinners.” But we need to believe to receive forgiveness and eternal life. To believe is our human responsibility, our part in the salvation of our souls from the wrath of God because of sin. Observe Acts 16:30-31:

[A]nd after he brought them out, he said, “Sirs, what must I do to be saved?” They said, “BELIEVE in the Lord Jesus, and you will be saved, you and your household.”

Paul and Silas told the Philippian jailer that he needs to BELIEVE to be saved (and his whole household also if they would believe.)

I joined a Facebook group targeting the advocates of the “all of grace,” aka Hyper-Calvinist community, and my comments were like strange teaching for them. In response to one of my comments, one member said something like this: “Admin, why allow this comment in our group?” They wanted me canceled.

I was still young when most of my friends moved to the Hyper-Calvinist denomination. Their marketing hype was that books were given to them in abundance and that they were joining the group of C. H. Spurgeon. I was not impressed though, since I know my Bible. God said I must decide to choose and believe, and doing so involves my will to choose and believe. Revelation 3:20, John 3:36, and Deuteronomy 30:19 (among many other passages of Scripture) are a mighty Word of God that teaches the precondition of human responsibility to enter heaven:

Behold, I stand at the door and knock; if anyone HEARS My voice and OPENS the door, I will come in to him and will dine with him, and he with Me. The one who BELIEVES in the Son has eternal life; but the one who does not obey the Son [TO BELIEVE -see KJV] will not see life, but the wrath of God remains on him. I call heaven and earth to witness against you today, that I have set before you life and death, the blessing and the curse. So CHOOSE LIFE in order that you may live, you and your descendants.”

Total depravity does not mean we are completely incapable of knowing and seeking God. The apostle Paul said: “[B]ecause that which is known about God is evident within them; for God made it evident to them. For since the creation of the world His invisible attributes, His eternal power and divine nature, have been clearly seen, being understood through what has been made, so that they are without excuse.” (Rom. 1:19-20)

We are not completely blind to God. Otherwise, we would make an alibi before God during the judgment that we don’t have a Bible in our home.

Human Responsibility Versus the Total Depravity of Man

Here is the description of this teaching: “Total depravity (also called total inability or total corruption) . . . as a consequence of the Fall of man, every person born into the world is morally corrupt, enslaved to sin and is, apart from the grace of God, utterly unable to choose to follow God or choose to turn to Christ in faith for salvation.”

And you were dead in the trespasses and sins in which you once walked, following the course of this world, following the prince of the power of the air, the spirit that is now at work in the sons of disobedience—among whom we all once lived in the passions of our flesh, carrying out the desires of the body and the mind, and were by nature children of wrath, like the rest of mankind.” (Eph. 2:1-3, ESV)

This teaching is biblical, right? Yes. In Romans 3:11, Paul quoted the word of Prophet Isaiah that says, “THERE IS NONE WHO UNDERSTANDS, THERE IS NONE WHO SEEKS FOR GOD.” But it is just part of the teaching about the depraved nature of man.

The doctrine on the totality of man’s depraved nature (the Hyper-Calvinist’s version) is complete blackness, like one who is dead. But it is not the entire message of the Holy Scriptures. We have the human responsibility to knock on Christ’s door. Our Lord even said, “Seek, and you will find.” (Matt. 7:7)

In first Chronicles 28:9, we find evidence of man’s capacity to seek God:

“As for you, my son Solomon, know the God of your father, and serve Him with a whole heart and a WILLING MIND; for the LORD searches all hearts, and understands every intent of the thoughts. IF YOU SEEK HIM, HE WILL LET YOU FIND HIM; but if you forsake Him, He will reject you forever.

God said: “[S]erve Him with a whole heart and a willing mind. . .. If you seek Him, He will let you find Him.” Same story. We have the human responsibility to seek for Him. It is the essence of Christ’s teaching for us to repent. (cf. Matt. 4:17) Our Lord knew we can repent by the Spirit’s illumination.

Our doctrine is that there’s no strong-arm tactic in God’s government. The Spirit’s illumination does not mean God’s strong-arm method to force you to believe and love Him. 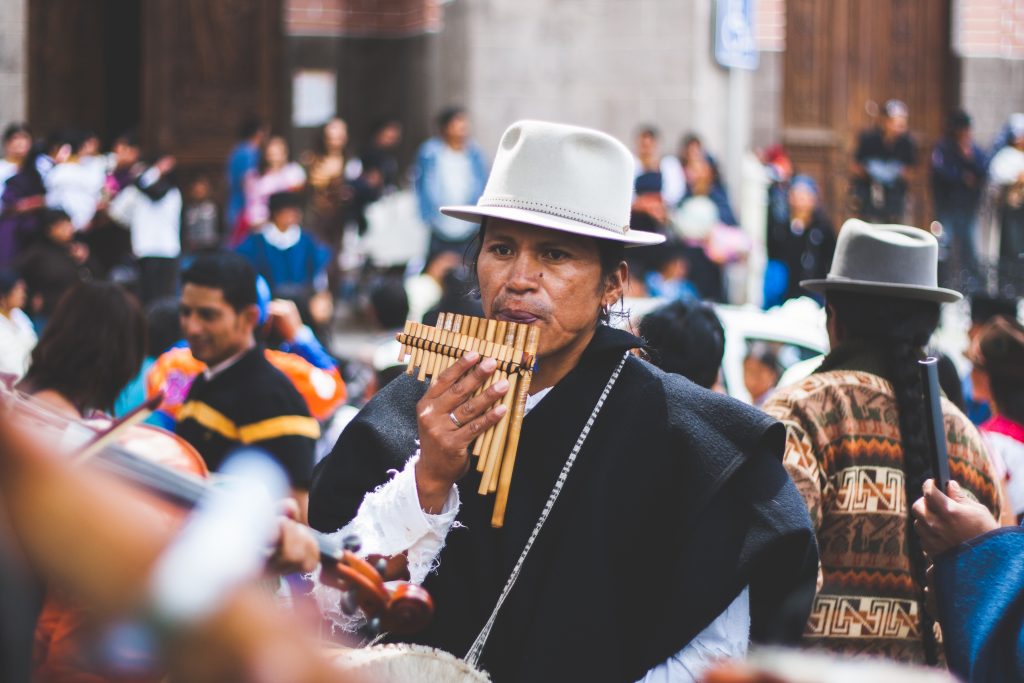 The problem with this teaching is that we cannot prove that man is totally “dead in the trespasses and sins,” and without a sense of God.

We cannot prove that we are TOTALLY DEPRAVED. The word dead is described as “having the nose but cannot breathe; eyes but cannot see.” True, the image of man was corrupted after the Fall, but God’s image did not depart from the former.

There are many verses of the Scriptures that support this thought, but let us give just two:

Idol worship and the endless invention of religion are proofs that man is naturally God-wired. We have the human responsibility to repent and believe.

God Gave Up on Those Suppressing the Truth in Unrighteousness

Your complete depravity (or rejection of God), if it happened with you, is just the result of your suppression of “the truth in unrighteousness.” (Rom. 1:19b) For example, you are a woman biologically, but decided to be a man—it is the case of one suppressing the truth in unrighteousness. After you decided to be transgendered, you would become either confused or joined with the flock of the atheists. You would become completely immoral—totally depraved! The Bible said God gave up on you. Note the following Scriptures—GOD GAVE THEM OVER—about God letting you become totally depraved:

24 Therefore GOD GAVE THEM OVER in the lusts of their hearts to impurity, so that their bodies would be dishonored among them. 25 For they exchanged the truth of God for a lie . . ..

28 And just as they did not see fit to acknowledge God any longer, GOD GAVE THEM OVER to a depraved mind, to do those things which are not proper, being filled with all unrighteousness, wickedness . . . evil. (Rom. 1:24-29)

To Believe in Jesus Christ for Salvation is a Human Responsibility

In my experience, I searched for the truth. They said that my searching was the work of God’s grace. True, “for by grace are ye saved.” But it is just one part of Ephesians 2:8-9. The other part is “through faith” and faith is not a gift.

For by grace are ye saved [salvation] through faith; and that not of yourselves: it is the gift of God. The gift of God is “salvation,” not faith, since faith comes by hearing God’s word. “So then faith cometh by hearing, and hearing by the word of God.” (Rom. 10:17)

Whereas, salvation is a gift: “For the wages of sin is death; but the gift of God is eternal life through Jesus Christ our Lord.” (Rom. 6:23)

“Just as biblical a doctrine as divine sovereignty is human responsibility. For instance, Romans 9 (God’s sovereignty) is not complete without Romans 10 (human responsibility): ‘For the Scripture says, “Everyone who believes in him will not be put to shame.” “For there is no distinction between the Jew and the Greek, for the same Lord is Lord of all, who richly blesses all who call on him. For everyone who calls on the name of the Lord will be saved”’ (Rom. 10:11-13).”

There is human responsibility involved in salvation, that is, to believe and come to Christ. “He who believes in the Son has eternal life; but he who does not obey the Son will not see life, but the wrath of God abides on him.” (John 3:36)