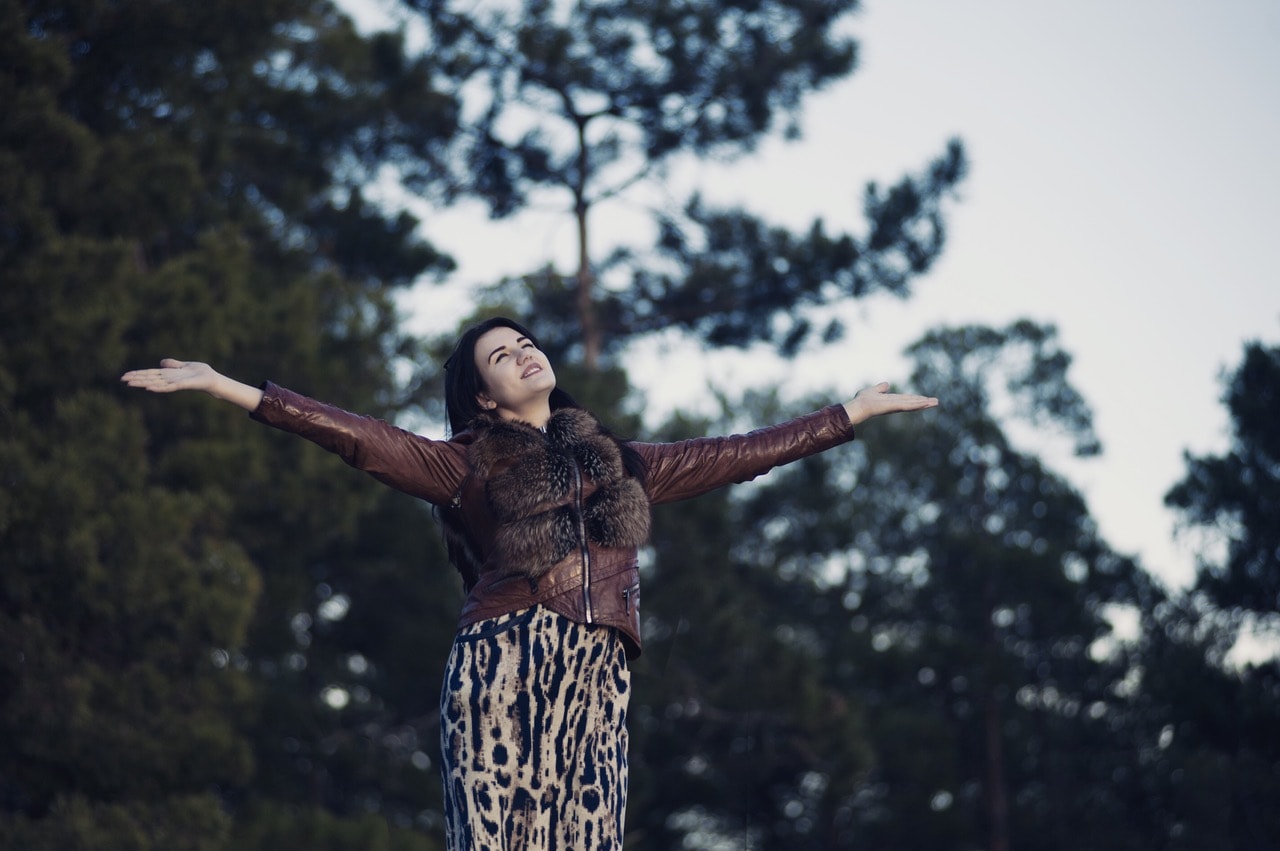 Without faith, human existence would be miserable if not impossible, for in it hangs all institutions of government and society. Without it, no civilization can ever stand. Our banking system, for example, is one organization where people deposit money based on faith alone that when needed it can be withdrawn. Faith, therefore, is our most precious possession as it provides us the reasoned sense of assurance as we confront our doubts and fears. How did you know, for instance, that the guy who took your beloved wife and son to the airport was a professional cabdriver? With faith that all is well with you today, you would have a peaceful harmony with your inner being; and with your incoherent suspicions of life prevented from spreading and conquering your mind and soul. For “faith is the assurance of things hoped for,” according to the Holy Bible, “the evidence of things not seen.” (Heb 11:1) It is the eyes of our soul and the root of a happy and peaceful existence itself. Faith builds the person, whereas doubt and skepticism would only lead one to stagnation, hopelessness, and defeat.

Faith builds the person, whereas doubt and skepticism would only lead one to stagnation, hopelessness, and defeat. 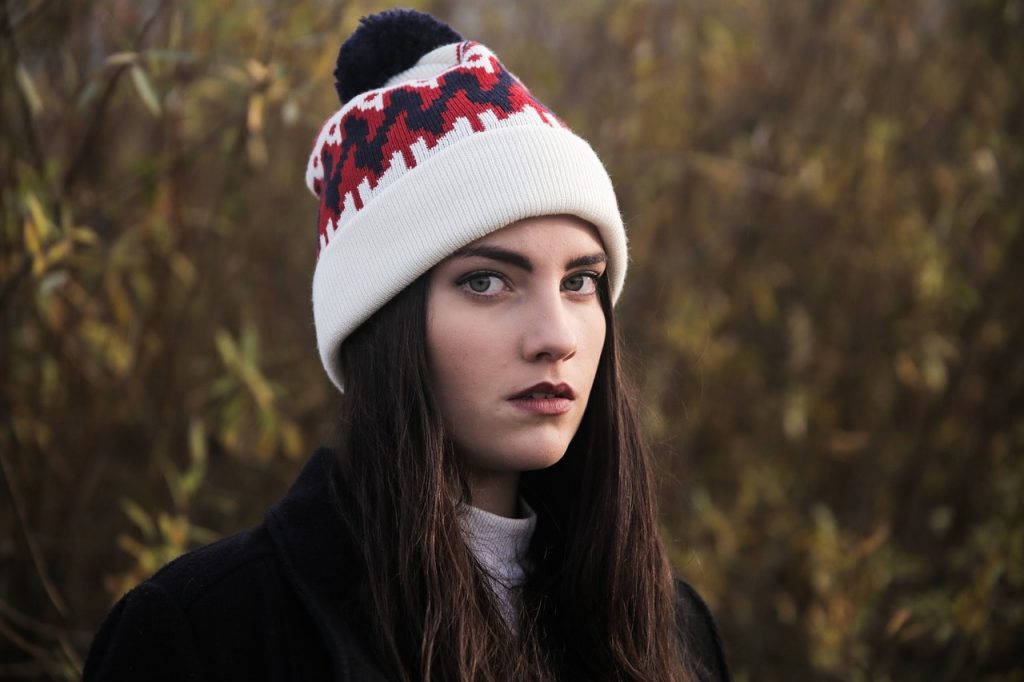 No one would deny that Science gives humanity great hospitals, electricity, airplanes, machines. And we know that it feeds not on faith but solid facts through research. But, science is not all, for life is more than the four corners of a science lab — it is greater than the genius of  Edison or Einstein. Life is a mystery and death (its twin) requires real faith in the Holy Scriptures in the absence of a scientifically verifiable evidence that there is still life in the hereafter. Faith builds our future of an endless life and eternal joy.Remove faith out of your heart and trust solely on your to-see-is-to-believe philosophy or religion if you want to check out the ingredients of every piece of bread you would be eating in view of your lack of trust on the bakers. There are tons of similar madness that your endless distrust and faithlessness may bring to your miserable life of unbelief.

There are tons of similar madness that your endless distrust and faithlessness may bring to your miserable life of unbelief.

Atheism teaches that there is no God. Every design we notice in nature like the awesome mountain ranges or the colorful butterflies happens without God, the Designer. It is like eating breakfast without a cook preparing the food. The apostle Paul wrote, however, that God did prove Himself contrary to the atheist’s declaration that God’s existence is without proof.

“Because that which is known about God,” taught Paul, “is evident within them; for God made it evident to them. For since the creation of the world His invisible attributes, His eternal power and divine nature, have been clearly seen, being understood through what has been made, so that they are without excuse. For even though they knew God, they did not honor Him as God or give thanks, but they became futile in their speculations, and their foolish heart was darkened. Professing to be wise, they became fools, and exchanged the glory of the incorruptible God for an image in the form of corruptible man and of birds and four-footed animals and crawling creatures.” (Rom. 1:19-23)

God is Known by His Works.

The philosopher Antony Flew wrote the following “Presumption of Atheism” as quoted by the BBC:

“If it is to be established that there is a God, then we have to have good grounds for believing that this is indeed so.

“Until and unless some such grounds are produced we have literally no reason at all for believing; and in that situation the only reasonable posture must be that of either the negative atheist or the agnostic.

“So the onus of proof has to rest on the proposition.

“It must be up to them: first, to give whatever sense they choose to the word ‘God’, meeting any objection that so defined it would relate only to an incoherent pseudo-concept; and, second, to bring forward sufficient reasons to warrant their claim that, in their present sense of the word ‘God’, there is a God.” 1 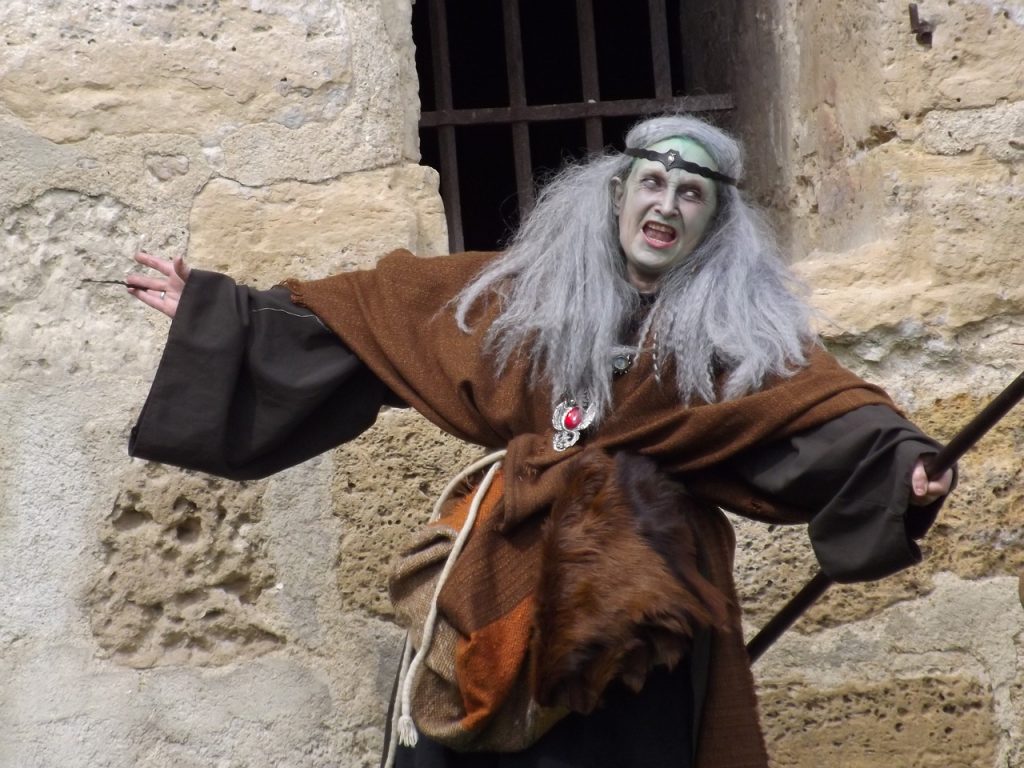 Philosopher Flew was asking for “good grounds for believing [that God exists] that this is indeed so.” The greatest teacher about the existence of God was Jesus Christ. He said He was one with God, the Father. For the confirmation of Christ’s teachings and claims, He rose from the grave. Today, Christ is alive—He can hear our prayers. This truth alone is so satisfying intellectually. Do we need proof of God? Christ’s resurrection breaks up all the reasonings and frontages of atheism.

Today, Christ is alive—He can hear our prayers. This truth alone is so satisfying intellectually. Do we need proof of God? Christ’s resurrection breaks up all the reasonings and frontages of atheism.

While faith builds hope and the assurance of immortality in Christ (since He resurrected!), atheism has nothing to offer except cynicism and bitterness of all the Christian promises and claims that are enshrined in the Holy Scriptures.

Faith builds morality; atheism destroys it and introduces homosexuality instead as moral.

Faith Builds the Life of a Former Atheist Neurosurgeon

The following video is a story of Eben Alexander, a neurosurgeon who abandoned Christianity in exchange for his scientific pursuits. 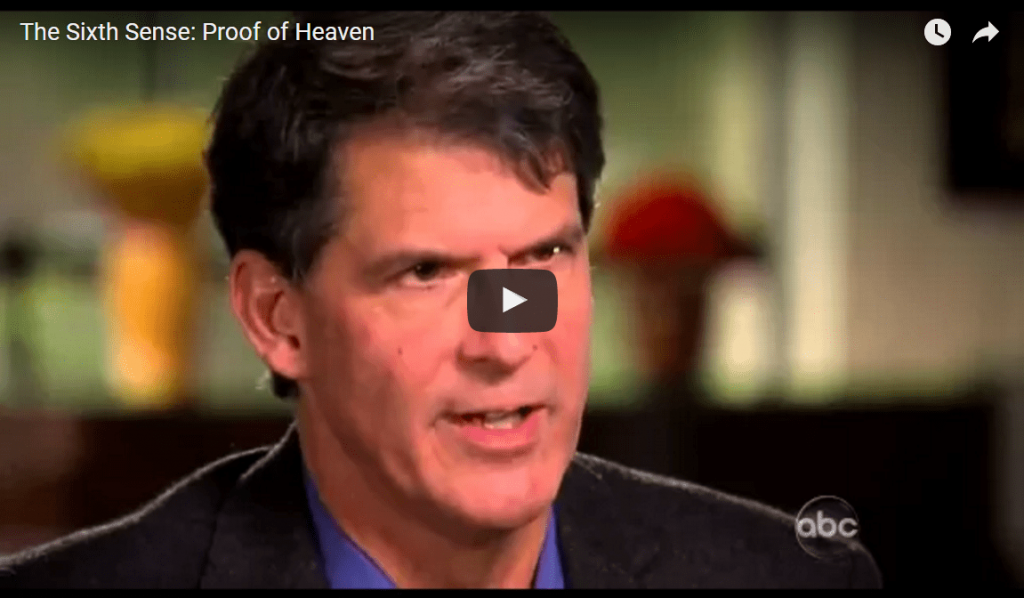 Faith builds confidence in the living God, who created heaven and earth and all the things in them. Belief of the unseen things as recorded in God’s word, the Holy Bible, such as heaven and its mansions; hell and its sea of fire and worms;  the demons, the devil, the angels, the Holy Spirit, our Lord Jesus Christ, God the Father—and the things to come. Yes, indeed, faith in everything recorded in Scripture!

Faith Builds a Sense of Direction on Mary Magdalene, the Ex-Harlot

Mary Magdalene didn’t know much about theology—that Christ would be raised! John and Peter left her alone as she was in tears, looking for the Lord’s lost corpse. Our Lord was so pleased with her faith that, of all those close to Him,  He “appeared first to Mary Magdalene, out of whom he had driven seven demons.” (Mark 16:9).

What was in Mary’s heart, which had prompted the Lord to give the former the very first glance of  His resurrection? I think it was Mary’s decision to stay. Whereas convinced by sound logic, John and Peter returned home, for the corpse was gone and to remain in a while is only a waste of time.  But, Mary believed and waited and then searched the place, for action is faith’s twin, even though her faith appeared buckled and illogical!

Faith Builds Up Only Through Christ and the Holy Bible 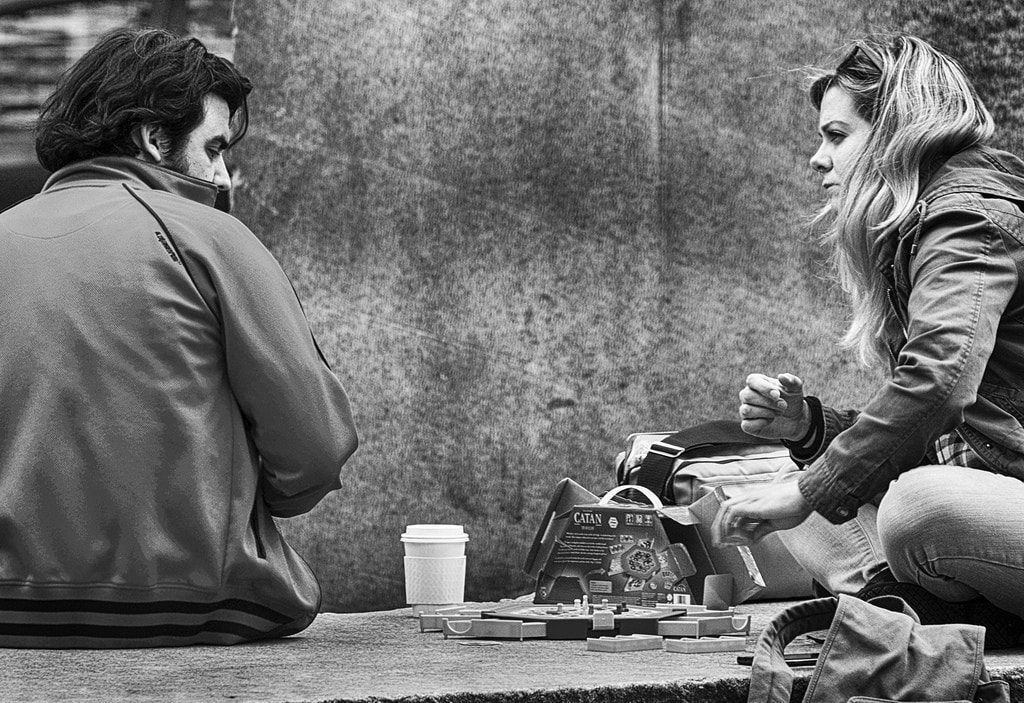 The lack of faith in Christ and the Holy Scriptures particularly is well described by leading atheists on their last words before dying. Anton LaVey, for example, the author of the Satanic Bible and the founder of the Church of Satan, had uttered these words on his deathbed: “Oh my, oh my, what have I done, there is something very wrong. . .there is something very wrong.”

Thomas Payne, a notable atheist writer, said the following before dying: “Stay with me, for God’s sake; I cannot bear to be left alone , O Lord, help me! O God, what have I done to suffer so much? What will become of me hereafter? I would give worlds if I had them, that The Age of Reason had never been published. 0 Lord, help me! Christ, help me!. . .No, don’t leave; stay with me! Send even a child to stay with me; for I am on the edge of Hell here alone. If ever the Devil had an agent, I have been that one.”

READ MORE: Free Salvation Offered by Christ Jesus is Limited to Believers Only

Trust Christ, dear reader, and all His promises completely if you want to know what real Christians have experienced for over 2000 years already. It is the truth that Christ gives strength to the weak, love to the unloved, forgiveness to the sinners, and salvation to those who repent and trust in Him as only Savior and Lord of the human race. Faith builds the person, and saves a miserable life. But it is not just faith on anything, but rather faith in Christ in the context and attitude of one’s soul’s complete trust in Him, the only Son of God (and God the Son).

Now faith is the assurance of things hoped for, the conviction of things not seen. For by it the men of old gained approval.

By faith we understand that the worlds were prepared by the word of God, so that what is seen was not made out of things which are visible.

By faith Abel offered to God a better sacrifice…God testifying about his gifts, and through faith, though he is dead, he still speaks.

By faith Noah, being warned by God about things not yet seen, in reverence prepared an ark…became an heir of the righteousness…

By faith Abraham, when he was called, obeyed by going out to a place which he was to receive for an inheritance; and he went out, not knowing where he was going.

By faith even Sarah herself received ability to conceive, even beyond the proper time of life…

By faith Abraham, when he was tested, offered up Isaac…

By faith Isaac blessed Jacob and Esau, even regarding things to come.

By faith Jacob, as he was dying, blessed each of the sons of Joseph, and worshiped, leaning on the top of his staff.

By faith Joseph, when he was dying, made mention of the exodus of the sons of Israel, and gave orders concerning his bones.

By faith Moses, when he was born, was hidden for three months by his parents…they were not afraid of the king’s edict.

By faith Moses, when he had grown up, refused to be called the son of Pharaoh’s daughter, choosing rather to endure ill-treatment with the people of God.

By faith they passed through the Red Sea as though they were passing through dry land; and the Egyptians, when they attempted it, were drowned.

By faith the walls of Jericho fell down after they had been encircled for seven days.

By faith Rahab the harlot did not perish along with those who were disobedient, after she had welcomed the spies in peace.