I heard few preachers in my life as a Christian who introduced the importance of their sermon by announcing their efforts and the many hours of research they spent in the preparation of their message. After listening, however, we were like dogs on famine mood — learning nothing (no real spiritual encouragement and revival) from the so-called “message from God.” We all need the power of the Holy Spirit, taught the Holy Scriptures before we can be effective witnesses of our Lord Jesus Christ. The temptation of most public speakers, they be pastors or not, is to deliver a discourse that is acceptable and pleasing to the ears of their listeners, both politically correct and worthy of the audience’s hurrahs. Witnessing for Christ Jesus, however, is a field requiring Christ’s assistance through the Holy Spirit. It is the only proven method to make the poor and unschooled Peter to become an Apostle, preacher, and one of the writers of the New Testament. It was clearly taught in Acts 1:8: “You will receive power when the Holy Spirit has come upon you.” One research shows, for example, that hundreds of the descendants of the man of God, Jonathan Edwards, also became preachers and workers of the Lord’s Church. The Spirit-filled witnesses of Christ have impacted real Christianity for thousands of years more than the PowerPoint and Internet-assisted Bible scholars and authors of Christian books of today’s generation.

Of Spirit-filled Witnesses and the Questions of John R. Rice 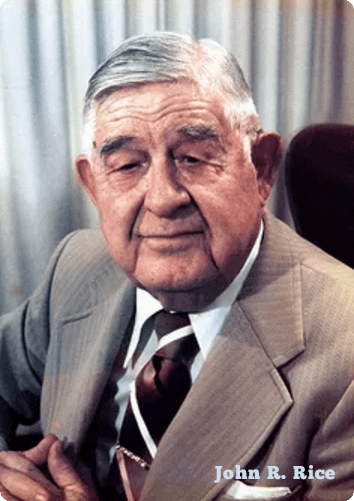 Asked John R. Rice: “Where is the power that sent David Brainerd out to win the Indian Savages? There were times when he prayed all day alone in the snowy, wintry forest, bringing down the power of God so that sometimes when only a drunken interpreter was available, the mighty power of God fell and whole villages were converted to Christ.

“Where is the power that went everywhere with Charles G. Finney? In his biography…Finney tells about going to a place called New York Mills, and there going through the mill while the people….’The revival went through the mill with astonishing power, and in the course of a few days nearly all in the mill were hopefully converted.’

“Let me remind you again of the power of D. L. Moody. Moody was not a learned man. He had never finished what we could call a grammar school education. But, oh, the breath of Heaven that came upon him in Wall Street, New York, one day! Oh, the mighty results as he ‘lifted two continents toward God,’ and won a million souls to Christ!” 1

Where are our Spirit-filled Witnesses?

There are many preachers, Sunday School teachers, and other workers, who are witnessing for Christ without the power of the Holy Spirit. The way they instruct people about the Lord is superb as it is patterned from the best available methods of instruction. They are graduates of the best Bible institutes. But their preaching, sad to say, don’t have the unction of God’s Spirit. 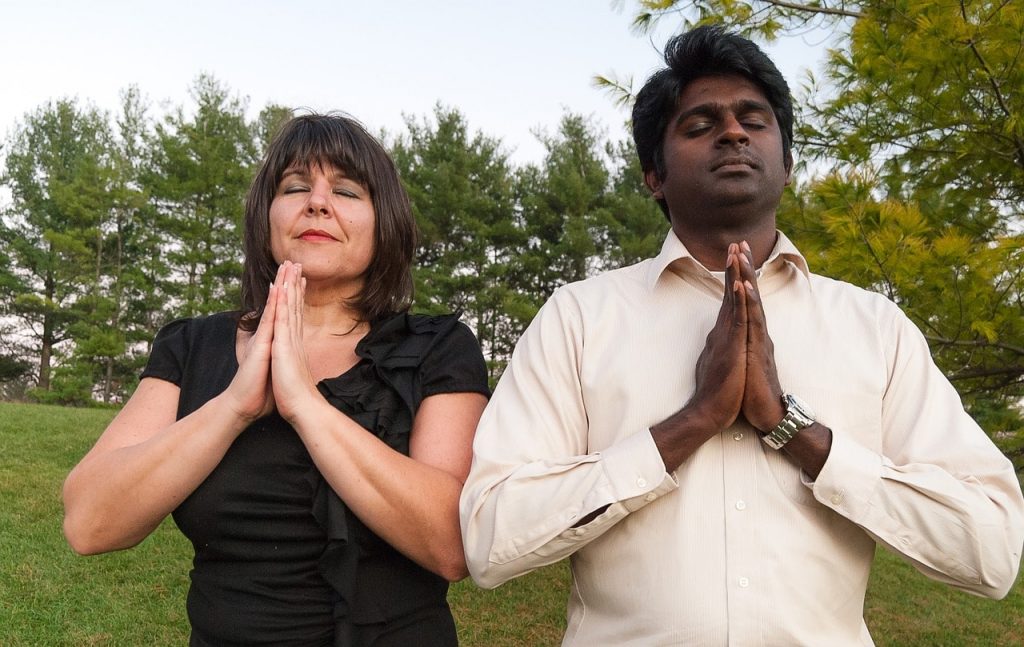 That’s one reason why Bible conferences are increasing in number yearly because Christian leaders are alarmed of their powerlessness in the pulpit. Why can’t we raise a Finney, a Wesley, a Spurgeon—of whose preaching influenced, one way or the other, the course of history?

John Rice wrote about one incident where the fourth-grade-only but anointed preacher Dwight L. Moody was forced to vacate an auditorium—after having preached there to hundreds of people—to give space to a pastors’ conference on the subject: “How to win souls?” Through the unction of the Holy Spirit, Moody won a million souls to Christ without any support of a religious congress or worldwide evangelical organization. Although missionary associations are indeed important, God deals with a person, not an organization.

Wrote Warren Wiersbe that Mr. Moody was significantly influenced by a man named Varley who told him that, “The world has yet to see what God can do with and for and through and in a man fully and wholly consecrated to Him.”

Luke, the writer of the Book of Acts, presents the Great Commission in Luke 24:46-49  in a way related to our text in Acts 1:8. That is, to witness for Christ through the power of the Holy Spirit. The Christian Church needs Spirit-filled witnesses. Let’s study the lives of church giants, namely: Rice, Chapman, Torrey, Finney, Tozer, McCheyne, Murray, Wiersbe, Spurgeon, Bunyan, Chambers, among others if we want to know that they preached the gospel of God in the power of God.

Of the Spirit-filled Witnesses vs. the “Formula Preachers”

I tried to google the “secrets to succeeding in the ministry,” and the page that caught my attention was the one that carried the title 6 Simple Secrets to Success in Ministry.” 3

The so-called six secrets as discussed by the author, Steve Murrell, are:

They are both simple, easy to grasp, common-sense secrets, and most importantly, biblical. I really appreciate the author’s depth of experience in the ministry.

But the point of our premise in this discussion, however, is far different from the formula-guided approach to witnessing. We are more on the experiences of the Spirit-filled witnesses in the past generations (—today’s mega church pastors are often subjected to public scrutiny (others having cases filed in court) for amassing a great wealth through the ministry!). John R. Rice said that “The power of the Holy Spirit is not manifest in most of our churches, on most of us preachers, on most us Christians. O God, send a revival of Holy Spirit power!” 4

One of my best books in my little library is authored by W. Glyn Evans titled “Daily with the King.” This material was given to me by a pastor friend a long time ago. On the “page” named “January 3,” Evans wrote the title “Formulas are to Be Avoided.” Of course, we’ve heard already different formulas in running a church. For the extreme Pentecostals, they want healing activities and the endless casting out of demons Sunday after Sunday as we saw these practices on the YouTube. Some denominations practice tract distribution, and some others, doing a medical mission on a regular basis. Yes, we may call these approaches as “formulas.”

“I will avoid the pitfall,” wrote W. Glyn Evans, “of being a formula Christian. I am surrounded by literature that promises me the secret victory, as if God can be reduced to a method. Everywhere I turned I discover ‘steps to this,’ and ‘steps to that.’ Christians who are privileged to share a new insight of God are quick to build it into a formula.

“I must avoid all that. I must keep in mind Paul’s expression: ‘O the depth of the riches both of the wisdom and knowledge of God! How unsearchable are his judgments, and his ways past finding out!’ (Romans 11:33, KJV).

“God will not let Himself be boxed into a recipe. How often I have discovered that when I attempted to use someone else’s formula, it did not work for me. God’s dealings with us are strictly personal. There are general principles, of course, but the application is ad hominem (“to the man”). That is why someone else’s spiritual secret is a mystery to me.” 5

I believe that the Spirit-filled witnesses, like the one pastor who led me to Christ over 30 years ago, have a “spiritual secret” that is a “mystery to me.” Every time I met this man of God, my former classmate in the graduate school, I felt he was praying for me to be saved. He had his own secret. But John R. Rice gave it a name, that is, the anointing of the Holy Spirit.

I believe in John R. Rice and in W. Glyn Evans, too. Why because I knew of Rice’s spiritual secret over 20 years ago, but to use Evans, it was “a mystery to me.” Honestly, I never became mighty in winning souls to Christ.

I continue to teach though, that we need to be Spirit-filled witnesses — always!

Then He opened their minds to understand the Scriptures, and He said to them, “Thus it is written, that the Christ would suffer and rise again from the dead the third day, and that repentance for forgiveness of sins would be proclaimed in His name to all the nations, beginning from Jerusalem. You are witnesses of these things. And behold, I am sending forth the promise of My Father upon you; but you are to STAY IN THE CITY UNTIL YOU ARE CLOTHED WITH POWER FROM ON HIGH.