Damien Doxon slapped his wife one evening after a heated discussion, and never regretted what he did to her. Arinya, together with Masum, their son, put all their belongings into the luggage, and they left him that very night.

Damien wanted to loan their house to the bank for additional capitalization. But Arinya, an accounting professor, rejected the plan. She said that most global businesses have subjected all their projects to many feasibility studies by experts in the industry, yet no one could guarantee a surefire success. “We’ll lose our house if you fail. You need to slow down, Damien. Success always obeys the principles of growth.”

“Shut up! Enough of your academic B.S. You’re good at theories. No action. That’s why most professors are poor.”

Damien was impulsive and obsessive. His employees described him as a psychopath. Around two weeks after Arinya and his son left him, he became harsher towards the people around him. Most of them would leave their jobs a few weeks after they saw their employer’s narcissism and craze for becoming wealthy.

He operated a small buy and sell company that imported products from China, then sold them to his clients in the provinces. As the demand for his products went up, he needed more capital. He thought his home lot and the two-story house could help secure a loan from the bank.

Then, in 2021, the government ordered the closure of all businesses because of the COVID-19 pandemic. Damien’s unfunded checks went through the roof because of it.

He texted Arinya, hoping to patch up their differences, but his wife had already changed her sim card. Since the government restricted everyone’s movement, Damien stayed in his house for over a year alone.

After his bank closed all his accounts because of unfunded checks, Damien tried to borrow money from his relatives. But he was a friend to no one. His egomania drove all his contacts away. All his attempts to borrow money failed. All he had were a few packs of instant noodles. But his narcissism continued to prevent him from acknowledging his arrogance and sense of superiority.

One day, he ran out of food. So he went out and bought a few packs of noodles and eggs with his last penny. But a day after he stayed out of his isolation, he experienced a high fever and ceaseless coughing. His neighbors reported him to the police, where they found him positive for COVID-19.

At the height of the pandemic, the hospitals disallowed family members to attend to their patients, and Damien was no exception—aside from the reality of his break-up with his wife. Two hours after the government medics dislodged him from the ambulance, he had difficulty breathing. A masked nurse attached a thin tube that delivered oxygen into his nostrils.

Breathe, Damien, breathe. Damien wished he could fight the deadly infection with sheer mental power, like focusing his weakening strength to deliver air into his virus-raided lungs. He did not know if he was dreaming or hallucinating, but as he struggled to breathe, he met his dead father, who died in a car accident when he was just ten.

“Come near, Damien.” His father spoke to him. Am I dreaming or am I dead? In college, his atheist professor told him that life just stayed in the brain, and when the brain is dead, life is over. This faithless belief system has molded his survival principles. Is he my father, or do I have a near-death experience?

Six hours after his admission to the government-designated COVID hospital, the nurses transferred him to a bigger room where every patient had difficulty breathing. Almost every thirty minutes, they would carry a new patient into the room as the morticians and crematory workers took the dead bodies to the refrigerated room near the crematory.

Damien opened his eyes to see the world one last time, but his mind seemed to fight back. I must open my eyes to survive. Life is in the brain. His tears rolled down toward his ears, but he could not wipe them. He could not move his needled arms.

He did not know if he had eaten anything since his admission to the hospital. His stomach rumbled, but he had no one to call for help. The labored breathing that everyone in the room had suffered made him realize he had had serious COVID like his roommates. 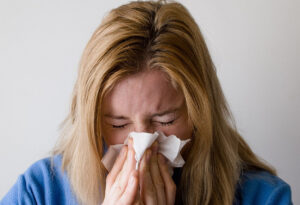 Arinya, Masum, where are you? I’m dying. For one moment, his thoughts wandered to a fancy restaurant by the sea, where Arinya first accepted his love. He felt his lips had curved into a smile, but Arinya had offended his pride, and no woman or illness could soften him now. Then he felt his eyeballs roll as he saw strange things in the distance. He saw a curtain of lights open as if they welcomed him to relish their glow and brightness.

A few meters away from where he stood, he saw a tall tree whose feathery yellow foliage seemed to kiss the purple-blue skies. Then an old woman in white apparel saw him and beckoned him. Who is she? She looked familiar. After a few flashbacks, he recognized she was his grandmother, who had died a few years ago.

So he raced in her direction, but he felt there was a heavy metal attached to his feet. He could not move them.

Then he heard a commotion by his side as if there was an emergency. “One, two…” He heard someone counting. After a few seconds, he opened his eyes. “Thank God,” a nurse said. The nurses just gave him CPR (Cardiopulmonary Resuscitation) since he stopped breathing.

He closed his eyes again as he contemplated his meeting with his grandma. It seemed he could not open his eyes without a sense of heaviness. Even his eyeballs seemed to have stopped rolling. He desired to see the drapery of lights again, but darkness engulfed him, and for a minute, there was only piercing silence.

So he just waited, like a young boy driven by a sense of curiosity. Then he heard the voices of people screaming in pain. He also heard severe cursing and gnashing of teeth. Another curtain hanged before his eyes, but this time, it was a drapery of a living flame that no man could extinguish. It was a sea of fire.

“Come over here, my child.” He heard a voice. But he saw no one. He trembled and looked for something, a chair or post where he could grasp and hang on, but it was dark and he saw nothing except for the vast valley of scorching fire before his eyes.

“No, truth is relative, and I don’t believe hell exists. But, is this hell?” Damien asked himself.

“Yes, this is hell. It is the place for the atheist, the arrogant, and the psychotic.” He heard a voice again.

“Sir,” Damien replied, “please transfer me to the curtains of light where my grandma lives. I hate this place.”

“I cannot do that, Damien. I worked hard to convince you to live here. Remember the time you slapped your wife? I watched you with delight. In your anger, I was there.”

So Damien struggled to run away from hell. But his feet were heavy. He tried to move his hands, but he could not move them.

“Life is in the brain, Damien. I told you that. But I lied. Life is eternal. Life is Eternal Light or Eternal Fire, and you chose the latter.”