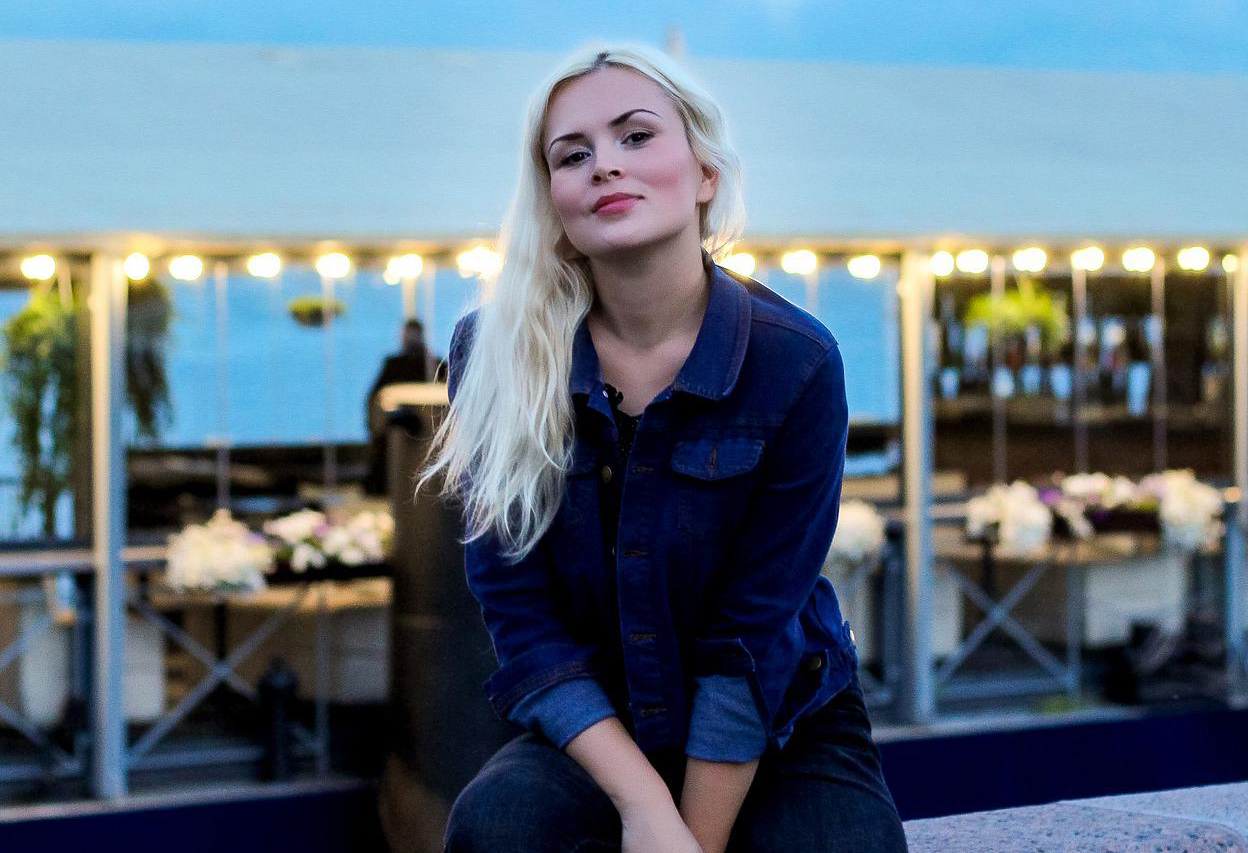 Araminta Tumbler was a unique species. She thought her “husband,” Axel Hatman, would always tail her in the mall like a boy following his mother. One day, while in Manila, they entered an enormous shopping center, the SM Mall of Asia (MoA). Araminta, together with her daughter, Summer, went crazy window shopping—buying nothing after hours and hours of examining every product that attracted them. To escape from the watchful eye of her husband, a.k.a. bodyguard, they dashed to another store quietly.

While Axel was searching for his beloved live-in partner and ten-year-old stepdaughter, he entered Starbucks and checked his cellphone, but he received no information from them.

Araminta was an exquisite, educated, and arrogant small-time entrepreneur. Axel was her former driver, a third grader who later became her third husband. Her sense of superiority drove her former two husbands away. She made Axel her live-in partner to fill in the void. But she does not love him.

Axel’s keen eye cannot keep track of the elusive Araminta, given the size of MoA, the third largest shopping mall in the world. While in Starbucks, Axel saved his battery, hoping to receive his wife’s text. But after an hour, his phone went dead. So, he wandered around aimlessly, hoping to meet them by chance.

Meanwhile, Araminta handed her shoulder bag to Summer, as she tried to fit a lovely skirt in the fitting room. After Summer sat on a bench and put her cellphone inside her mom’s shoulder bag, someone snatched the bag and then sprinted off.

Horrified, the little girl raced to the fitting room, pushed the locked door, and yelled, “Mama, he snatched your bag.”

Araminta opened the door, squinted, and could not speak. Dumbstruck, she slapped Summer. The little girl screamed as she fell to the ground. “I guarded it,” she protested. 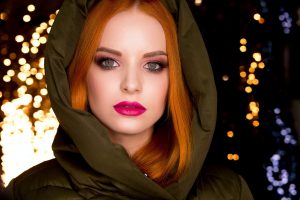 A few sales ladies gathered around them, but Araminta would not speak to them. Her eyes flooded with tears as her anger swept over her. Her plane tickets, cash, cards, passports, and hotel keycards were gone. She grabbed Summer’s right arm and went to the Help Center. The loudspeaker then burst with “Paging Mr. Axel Hatman.”

Wide-eyed, Axel put his dead cellphone into his pocket as he grumbled about his wife’s deliberate move to shop without him.

“A hundred meters away,” the saleswoman replied, pointing to the north side of the mall.

Axel rushed to the Help Center, but Araminta and Summer had already left for the U.S. Embassy.

The information personnel informed him about the loss of their travel papers.

“Let’s go to the pawnshop.”

Axel did not know what to do. He had very limited cash. It was Araminta’s mantra. A moneyed husband is always a corrupt husband. She held the passports, plane tickets, cash, the hotel keys, and all the cards. She entrusted nothing to Axel.

Axel is used to his wife’s attitude of ignoring him in public, as if anxious about the latter’s promotion from a driver to a husband. The Help Center personnel paged him, but it was not Araminta’s request. He thought, however, that losing her bag was a big deal and that she should involve him in solving the problem.

Meanwhile, at the U.S. Embassy in Manila, Araminta queued for her turn to speak to the person in authority. They gave her a little cash and required her to return the next day, as the Embassy would have to close in ten minutes. Desperate, she approached the manager, since the very next day would be their scheduled flight back to the U. S.

Axel returned to Hotel 101, which is just half a mile away from MoA, so he could charge his battery. But he did not have a key.

Even though he was just a third grader, he had a high I.Q. and was a fine user of common sense, too. He approached the hotel’s Guest Counter and asked for help to enter their room. After charging his phone, he contacted his best friend in the U. S. to lend him money and transfer it online to his card (the one he kept under his name). After his dinner in one of the hotel’s restaurants, he went back to the Reception Desk and asked for advice on how to recover his passport and how to return home without a plane ticket.

After a little while, the receptionist handed him a copy of his plane ticket she downloaded from the Internet and gave him a certification that the hotel record of his passport was authentic. It was 9:00 p.m. but no Araminta and Summer yet.

“Manila’s traffic is just crazy. We don’t have dinner yet, and my cash isn’t enough to buy food inside the hotel. It’s midnight,” Araminta babbled without glancing at her husband.

“How can a poor, uneducated driver feed you, baby?” Araminta cackled sarcastically.

“Summer paced towards her stepfather and grabbed his hand.”

The restaurants in the hotel were closed already, but street foods nearby were still open as they operate during the night. Axel bought Summer a sumptuous dinner so she could brag to her mother.

“Where do you go?” Araminta asked.

“Axel, let me go with you,” Summer said.

“You cannot take my daughter, jerk!”

After five minutes, they left her, but she just shrugs, believing her uneducated live-in partner had nothing to offer to solve their present calamity.

At 10:00 a.m., Araminta realized that Axel’s return home without a plane ticket was not a mere delusion. Her stomach rumbled from having no dinner and breakfast, but she should spend her little pocket money given to her by the U.S. Embassy wisely.

A lot of guests filled the Reception Room that day, but Araminta found no single friend in the crowds of people. The low temperature of the hotel seemed to hug her, but no one and nothing could lift her distress.

As she contemplated her options, she approached the Guest Counter to inquire how Axel got his plane ticket.

“Ma’am, your scheduled flight was at 10:00 a.m. today, and you’re late. Our computer system cannot reproduce your ticket anymore.”

Why did Axel hide this information from me?

Araminta thought all men were like her first two husbands, who were so devoted to her that they became backscratchers until they deserted her. However, Axel was unique. He did not put up with her odd behavior.

Why did this uneducated Axel seem to have sharper common sense than me?

In the U.S. Embassy, Araminta queued again, and after two hours, she had her turn. But one of the personnel said that she should produce an affidavit of loss since her husband and daughter were able to fly. She asked for financial help, but no one would help her as they could not believe her story anymore.

Araminta returned to the hotel, but her credit card number was blocked and could not be used for her hotel bills. She carted her luggage out of the hotel and did not know where to go.

She was so hungry she went to the street food corner facing Hotel 101 and MoA. She used her last penny for a bottle of water and a piece of bread.

She sat on her luggage by the road as she figured out where to sleep at night. Hopeless, she stayed near the circle of garbage bins, hoping to find food. After a few days, she looked like a schizophrenic, as she was dirty and her hair was tangled for days.

Her proud spirit left her bit by bit as she languished in her desperation. God, please help me. Axel, Summer, where are you? She wrapped her arms around herself as she pursed her lips.

She tried to befriend one owner of a food stall and applied as a dishwasher for food and water.

“What’s your name?” asked the food vendor, who was as arrogant and twisted as she once was.

“Okay, from now on, we will call you ‘Paminta’ (a popular Filipino spice),” and the cooks and maids chuckled.

“Deposit your luggage as a guarantee that you won’t steal our food and other products.”

Araminta’s tears rolled down her cheeks as her humiliation reached a melting point.

Since dishwashing was a night duty for her, she would sit on a street corner and beg for money from passersby during the day. To avoid a viral-blonde-beggar social media headline, she would wear a worn-out buri hat she found in the garbage bin and cover her face with her scarf to form a hijab. Her empty plastic cup served her, as it painted a picture of her misery.

One evening, a drunk guy discovered she was a beautiful blonde, so he followed her to the street food corner where Araminta served as a dishwasher. At around 2:00 a.m., Araminta slept under a tree by the road. But the drunken man came and courted her.

As she sensed the guy’s sexual motive, she faked a little interest in him. Then she hit his forehead hard with the fist-sized rock she used to arm herself. The guy screamed and fled like a headless chicken. Araminta slept soundly that night.

One morning, Araminta felt feverish. She bought an antipyretic medication and then slept instead of begging. In the afternoon, a little hand held her arm, but she was quick to shake it off. She heard, “Mama, wake up” in her sleep. Am I dreaming? She opened her eyes and saw Summer sobbing.

She wept and felt so ashamed before them. She could not speak.

They took a taxi and brought her to Hotel 101.

The next day, Araminta, who had lost 30% of her weight, already looked beautiful again.

During their breakfast at the hotel, Axel seemed cold. So she said, “Thank you for remembering me.”

“I underestimated you. Very sorry. I want to marry you.”

“As soon as possible.”

“No, you’ve got to restore your health first to erase all doubts.”

“I was arrogant, and God punished me. I’m sorry to both of you. Again, thank you for your love and concern.”

“I don’t understand things,” Axel said, “but the Internet helped me a lot. I want to marry you too, because of love, not empathy. But yours is not love for me, but empathy.”

“What do you mean?” asked Araminta.

“I’m here because the general manager of this hotel, who is a U.S. citizen, invited me to come. We first met during the time we lost our passports, and he gave me a job here at Hotel 101.”

Araminta learned to love Axel so much that she waited for his return to the U.S. They met again after two years and got married.