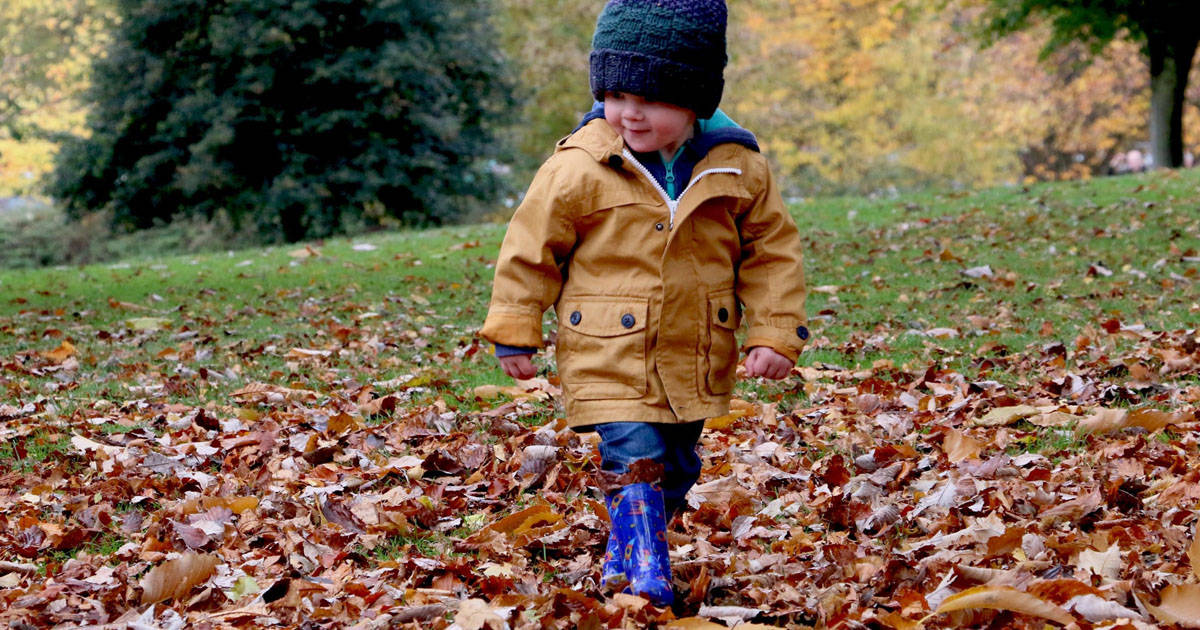 C. H. Spurgeon once commented that little minds need Latin to express their shallow thoughts, more so on how to enter God’s kingdom. Unlike the artful deception of falsehood, truth needs but simple words. Its beauty and might is easily seen in its actual, rugged form. In only six common words, the apostle Paul penned one of the greatest Christian truths ever told: “I have been crucified with Christ.”

For the unbelievers, this statement is completely incomprehensible. The Scripture says that those who were crucified with our Lord were two thieves. Paul was not one of them. He declared he had been crucified with Christ.

What did he mean? The apostle Peter once wrote that “our beloved Paul…wrote to you…some things hard to understand.” Not wanting to suggest that Paul’s letters are beyond our grasp, the former hastily added the phrase: “which the untaught and unstable distort, as they do also the rest of the Scriptures, to their own destruction” (2 Pet. 3:16). Or, those who are not truly athirst for truth twist the Scriptures!

How to Enter God’s Kingdom

As a real Christian, you enter God’s kingdom through faith. “For by grace you have been saved through faith; and that not of yourselves, it is the gift of God; not as a result of works, so that no one may boast.” Eph. 2:8-9.

There was one myth about a little dead child who suddenly stood up and asked his dazed mother for something to eat. This instance illustrates the life of some Christians who are not truly dead to sin. When the demands of the old self-centered life present themselves, they could not help but succumb accordingly to their carnal desires. Some Christians are never dead with their tobacco-life, gambling-life or other shameful vices. They are Christian zombies. Sin is still their life and master!

The apostle Paul cogently argued “that our old self was crucified with Him (Christ), that our body of sin might be done away with, that we should no longer be slaves to sin; for he who has died is freed from sin” (Rom. 6:6-7). There’s something wrong with a so-called Christian who continues to think, feel, act, and speak just like the unbelievers. For he who is still a slave of the sinful nature, after having received Christ allegedly as Lord and personal  Savior, is not truly crucified with Christ. Read the mind of the crucified Paul: “I have been crucified with Christ; and it is no longer I who live, but Christ lives in me; and the life which I now live in the flesh I live by faith in the Son of God, who loved me, and delivered Himself up for me” (Gal. 2:20).

“No one can enter God’s kingdom by obedience to the law because no one, except Christ, can obey the law perfectly.”

Dead to the Law 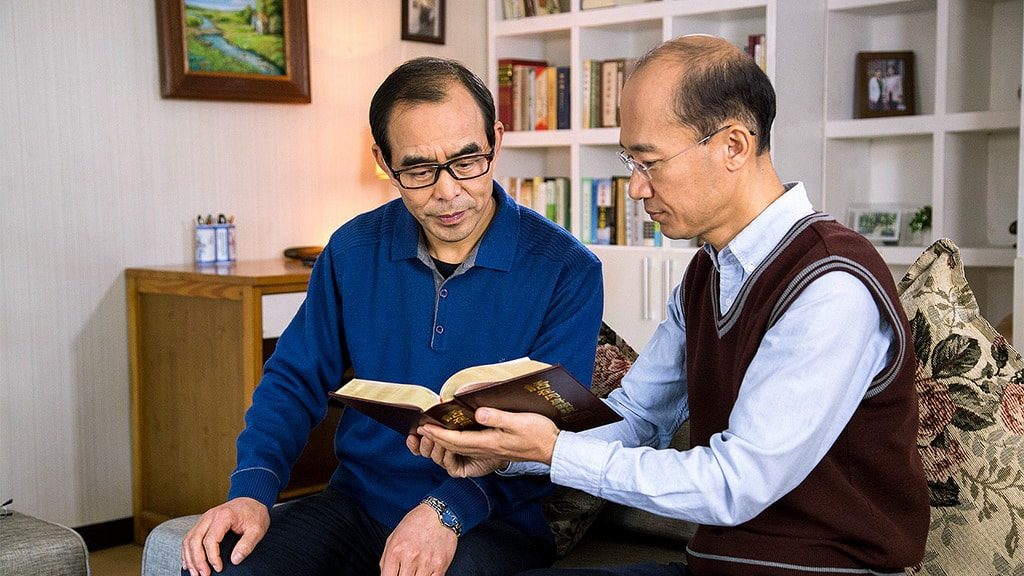 Before saying that he had been crucified with Christ, Paul wrote about his disagreement with apostle Peter. “But when Cephas (Peter) came to Antioch, I opposed him to his face, because he stood condemned” (Gal. 2:11).

This divinely preserved apostolic reprimand is not without great instruction. Peter, who as a Christian was “crucified with Christ,” suddenly became a Christian zombie and rose again from his sin-grave. “For prior to the coming of certain men from James,” wrote Paul, “he used to eat with the Gentiles; but when they came, he began to withdraw and hold himself aloof, fearing the party of the circumcision. And the rest of the Jews joined him in hypocrisy, with the result that even Barnabas  was carried away by their hypocrisy.”

A true Christian thus, is dead to the law since he is positionally dead to sin in Christ. “For sin shall not be master over you, for you are not under law, but under grace” (Rom. 6:14).

Jesus has the words of life. He is the Eternal Life. “I am the  Life…I gave unto them eternal life.”  But Peter, due to hypocrisy, then became so alive to the Law that he was, as a result, enslaved again by it. “He began to withdraw… fearing the party of the circumcision.”

Paul rebuked him! For a true Christian is a crucified disciple of Christ reducing the Law to total impotence. As in our legal system, the power of law ends when the power of death begins.

We are crucified with Christ, thus freed from the law. The case of the widow, for instance, as expounded by Paul, sheds enough light to the doctrine of Christian liberty from the folds of law and sin. “Or do you not know, brethren …that the law has jurisdiction over a person as long as he lives? For the married woman is bound by law to her husband while he is still living; but if her husband dies, she is released from the law concerning the husband” (Rom. 7:1-2). Which means that the marital relationship governed by law has died with the death of the other contracting party. Thus, a crucified Christian is no longer enslaved by the “don’ts” of the Law; whereas he who is not is still locked up by its pressures.

God’s moral law is always a part of man; sometimes in the form of duty or guilt. The natural impulse of man is to be in harmony with this law. He knows that to break the Divine Law is to break himself.

In ancient times our forefathers practiced “trial by ordeal” in determining a guilty suspect. One form of this primitive justice system as recorded by history is that of requiring all the suspects to dip their hands in a pot of boiling water. The hand that burnt the most, so the belief goes, was adjudged guilty. Certainly, this practice was born out of man’s natural belief that God’s law is always in harmony with the good and innocent.

Likewise, the whole universe is obedient to the physical law. The law of gravity, for instance, is the natural attraction of all matters to the center of the earth. What about the earth’s unseen space highway known as orbit upon which we  travel every minute of  the day?

Moreover, animals are governed by instinct —the very law God has for them. Perfectly obeying the law of instinct, for instance, animals, unlike human beings, have seasonal mating periods.

In a word, God has a set of laws for everything He created, just like a TV factory having an operating manual for every TV set it made.

How to enter God’s kingdom? “Jesus answered and said… ‘Truly, truly, I say to you, unless one is born again he cannot see the kingdom of God.’”

When Adam was created, he found himself packed with laws in his inner self. One of these was his natural passion for hearing his Father God; to have fellowship with Him; to obey and love Him. Like the animal kingdom or the physical world, the first man in paradise was in perfect harmony with God’s laws.

When the apostle Paul touched this subject (concerning the Divine Law) however, you will be amazed at his seemingly negative theology. Here is W.T.G. Shedd’s observation: “The reader of  St. Paul’s Epistles is struck with the seemingly disparaging manner in which he speaks the moral law. In one place, he tells…‘that the law worketh wrath’; …in another, that Christians are become dead to the law.’” 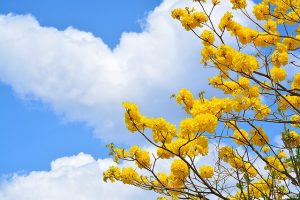 Following Paul’s theology, we find God’s moral law to be inharmonious with man’s sinful nature. Before his Fall, the law produced peace in the heart of Adam. Now that man has fallen, Paul argued, “this commandment, which was to result to life, proved to result in death for me”  (Rom. 7:10). He added that the “Law is holy, and the commandment is holy and righteous and good… For we know that the law is spiritual; but I am flesh, sold into bondage to sin” (Rom. 7:12;14).

Through this light, we see the wisdom of  Paul’s insistence that obedience to the law is not enough to secure true righteousness. For sinful man is not in harmony with God’s perfect and holy law.

“The ten commandments,” argued  Shedd, “can never silence his inward misgivings, and his moral fears; for they are given for the very purpose of producing misgivings, and causing fears. ‘The law worketh wrath’…. Whoever attempts the discharge of duties for the purpose of atoning for his sins takes a direct method of increasing the pains and perturbations which he seeks to remove. The more he thinks of law, and the more he endeavors to obey it for the purpose of purchasing the pardon of past transgression, the more wretched does he become. Look into the lacerated conscience of  Martin Luther before he found the Cross, examine the anxiety and gloom of Chalmers before he saw the Lamb of God, for proof that this is so.”

“The ten commandments,” argued Shedd, “can never silence his inward misgivings, and his moral fears; for they are given for the very purpose of producing misgivings, and causing fears. ‘The law worketh wrath. . ..'”

The teaching, therefore, that we can enter God’s kingdom by obeying the law cannot stand the test of the Scriptures.

Enter God’s Kingdom and Be Not Ignorant

True religion seeks to glorify Christ. In fact, it is the very core of the ministry of the Holy Spirit —to see to it that Christ receives honor and glory due to Him as Redeemer as well as Ruler of heaven and earth. “But when He, the Spirit of Truth, comes…He shall glorify Me.” (John 16:13-14).

Paul argued that since he had been crucified with Christ, his life is now Christ’s.

I have been crucified with Christ; and it is no longer I who live, but Christ lives in me; and the life which I now live in the flesh I live by faith in the Son of God, who loved me, and delivered Himself up for me. (Gal. 2:20)

Christian zombiesm plagues the tribe of born-again  Christians perhaps due to a profound ignorance of what Paul had earnestly taught: that Christ’s disciples are positionally crucified with Christ. From the graveyard of sin, let us all arise to a new life with the gist of Paul’s theology running fast through our veins: I have been crucified with Christ!

Believe that Jesus Christ died for you. Trust in His words. That’s how to enter God’s kingdom—and for free!

Some have found the following topics helpful: