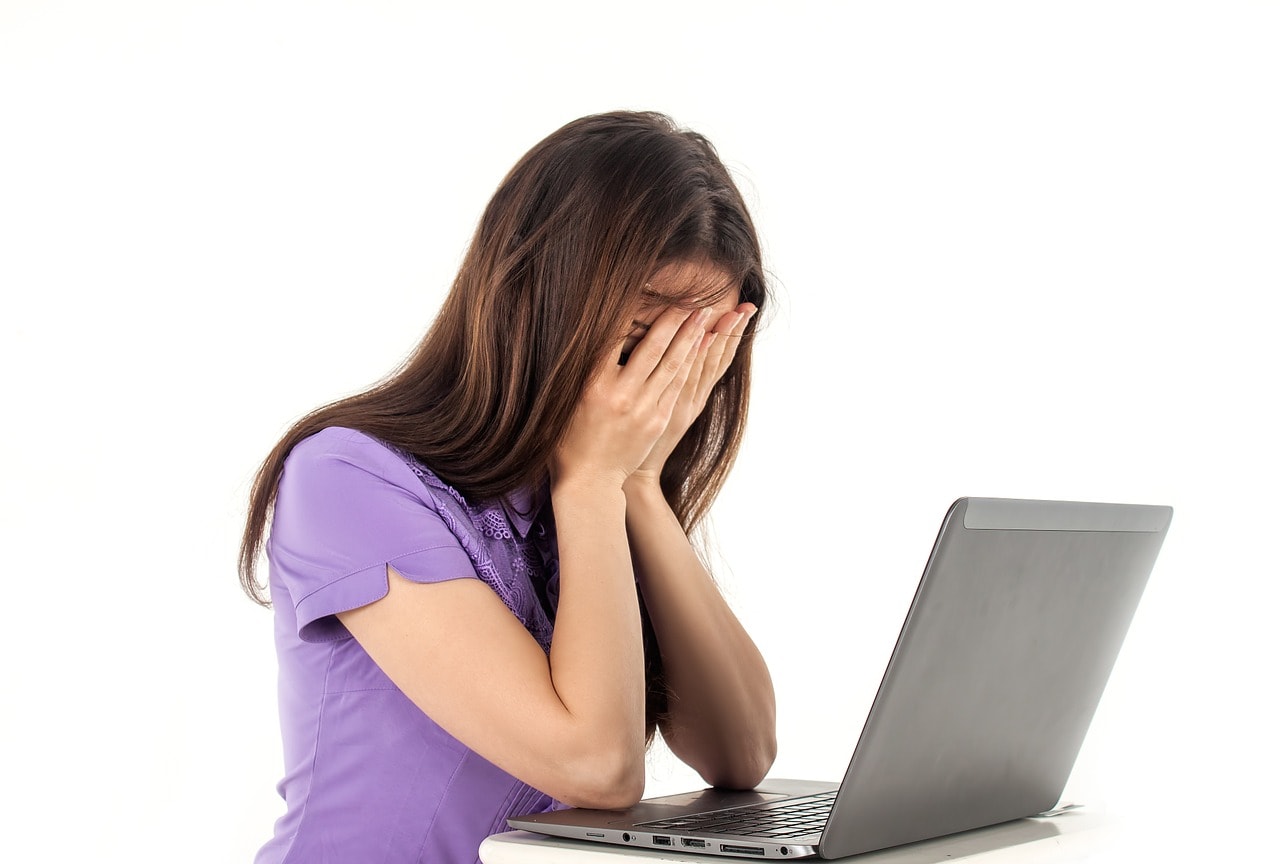 For we walk by faith, not by sight (2 Cor. 5:7), since faith in God is faith in the unseen. Paul said that we need to walk or live by faith, not by sight. This admonition tells us not just to believe but to keep on believing in God’s Word and to make it a way of life. Daniel walked by faith in God. He worshiped Him daily against all odds until he was “cast into the lions’ den” because of his beliefs. True faith is just like the sun that shines continually beyond the dark, moonless night in some parts of the earth. The Apostles did not pray to revive their faith (as if it were dead!), but rather to increase it to maturity.  Scriptures showed that the faith of Stephen in our Lord Jesus was strengthened by the rain of stones that killed him. To walk by faith thus is to live a life based on the “conviction of things not seen” (Heb. 11:1)—and the hope of eternal life in heaven through Jesus Christ our Lord. Faith in God is faith in the Unseen.

The Apostles did not pray to revive their faith (as if it were dead!), but rather to increase it to maturity.

What is Seen is Temporary

Man’s nature is to live by sight and to focus on what is but temporary. But that is not the way faith in God works. Said Jesus, “Unless you people see signs and wonders, you simply will not believe.” From this turn of mind comes man’s idea of seeing first before ever believing. Faith in what is invisible—like soul, hell, heaven or Jesus Christ—is indeed difficult to grasp for those who are devoid of God’s Word. Faith in God is faith in the unseeable, but people simply don’t like that!

Man’s nature is to live by sight and to focus on what is but temporary. But that is not the way faith in God works. Said Jesus, “Unless you people see signs and wonders, you simply will not believe.” 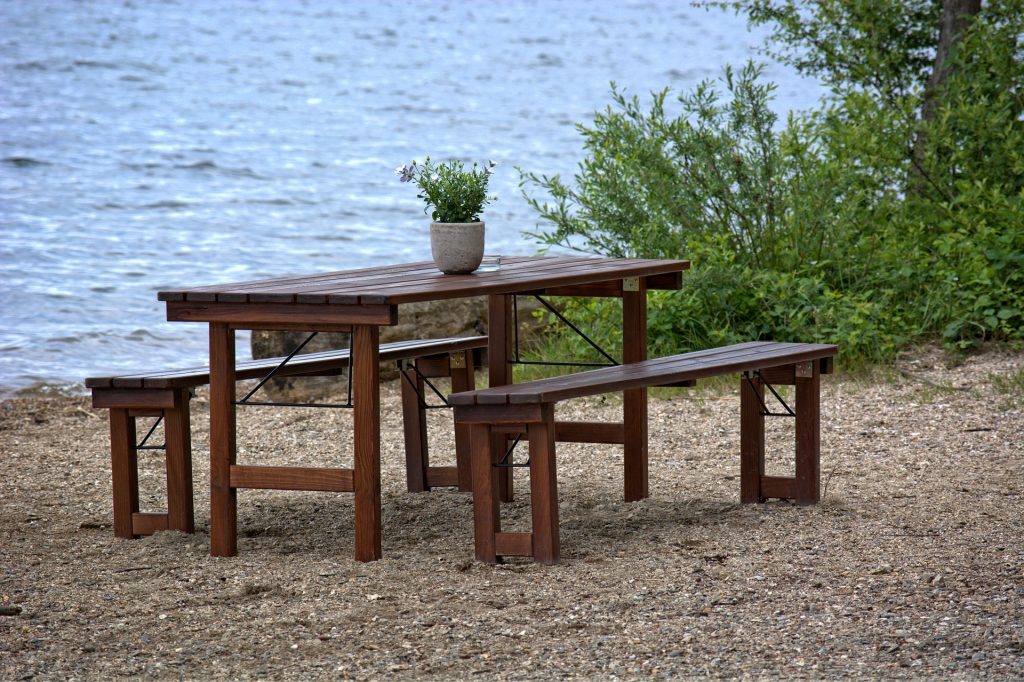 Idolatry is the side-effect of living by sight. God Himself buried the remains of Moses secretly, for He knew the Israelites would worship their leader whom they saw more than their invisible God. The worries and fears of our carnal selves are also the result of living by sight. But “our outer man is decaying” because it is only temporary. Wrote the apostle Paul that “the things which are seen are temporary, but the things which are not seen are eternal” (2 Cor. 4:18). That is the deeper meaning of faith in God: it is faith in the Unseen!

What is Unseen is Eternal

Our soul or “our inner man”, on the other hand, “is being renewed day by day.” It neither grows old nor dies, for it is eternal. Now is time for us to pause a little while in order to consider the eternal future of our soul. The Bible says, “The soul that sinneth, it shall die” (Eze. 18:4, KJV). The death of the soul means eternal separation from God. It is eternal torment in the fiery darkness and damnation of hell. There you won’t have the hope of salvation anymore, for “now is ‘THE DAY OF SALVATION’”.  (2 Cor. 6:2) The soul is both concealed and eternal, but most of us don’t care about our soul as we cannot touch or see it. But what is unseen is eternal. God is veiled. Hence, God is Eternal. Faith in God thus is faith in the unseen Eternal Being who is our Creator.

Faith is Necessary for the Salvation of the Soul 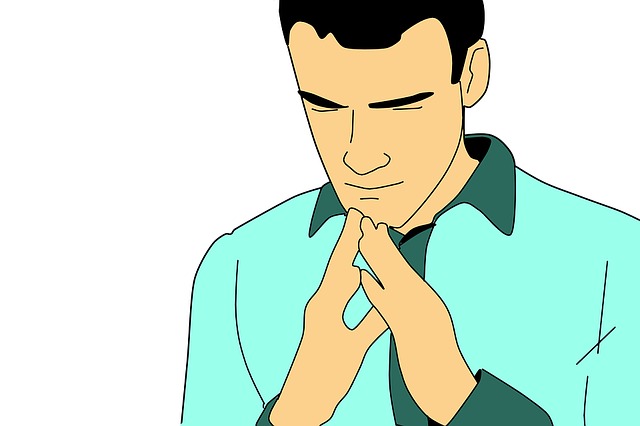 The Bible teaches that the salvation of your soul is the work of God. Just like the salvation of Lot from the judgment of Sodom or of Noah from the flood. You cannot be saved through you own good works! For your good works are just “filthy rags” before God (cf. Is. 59:2). They cannot save you, lest you boast! (cf. Eph. 2:8-9). Moreover, God sees the heart, not the outward pretensions of man (cf. 1 Sam. 16:7). Hence, we must live by faith, not by sight, for what is eternal is imperceptible. Thus, faith in God is faith in the unviewable.

The Bible doctrine of man’s salvation from hell-judgment does not demand a seminary training before we can believe it. We need only to accept the scriptural assertion that, before the eyes of God, we are lost sinners. “For all have sinned and come short of the glory of God” (Rom. 3:23).

The wisdom of God, wrote Norman Warren, demands the shedding of blood that kills a life for the sin of another. In the Old Testament, a sheep has to be killed for the remission of one’s sins. “And according to the Law, one may almost say, all things are cleansed with blood, and without shedding of blood there is no forgiveness” (Heb. 9:22).

Wrote the apostle Paul that, Jesus—not a sheep—died on the cross for our sins.

For while we were still helpless, at the right time Christ died for the ungodly. For one will hardly die for a righteous man; though perhaps for the good man someone would dare even to die. But God demonstrates His own love toward us, in that while we were yet sinners, Christ died for us. Much more then, having now been justified by His blood, we shall be saved from the wrath of God though Him. (Rom. 5:6-9)

Because of His love, God sent His Son Jesus to pay off the hell-penalty of our sins through shedding His own blood! One Jew-Christian asked his unbelieving brethren: “If you don’t believe in Jesus, where’s now your sin-offering?”

The writer of Hebrews said that “when Christ appeared as a high priest of the good things to come, He entered through the greater and more perfect tabernacle, not made with hands, that is to say, not of this creation; and not through the blood of goats and calves, but through His own blood, He entered the holy place once for all, having obtained eternal redemption” (Heb. 9:11-12). That’s the meaning of the oft-quoted verse: “Behold, the Lamb of God who takes away the sin of the world” (John 1:29).

Now, do you believe in Christ Jesus when you cannot see Him with your naked eye? That is why we need to live by faith, not by sight, for faith in God is faith in the Unseen.

Christ Died for Our Sins

Man invented all sorts of a plan to be saved from God’s eternal judgment. But God’s plan in the Gospel is plain and clear:

While all other religions require man to offer something to appease the anger of the gods, the God of the Bible gives Jesus, His only begotten Son, as an offering to appease His anger for man’s sin. That is the meaning of God’s grace, and it is so wonderful:

For by grace you have been saved through faith; and that not of yourselves, it is the gift of God; not as a result of works, that no one should boast. For God so loved the world, that He gave His only begotten Son, that whoever believes in Him should not perish, but have eternal life (Eph. 2:8-9; John 3:16).

All these will only make sense if you start to believe that you need to walk by faith, not by sight. Jesus died and rose again, but you cannot see Him. Thus, you should not walk by sight. For faith in God is faith in the Unseen! 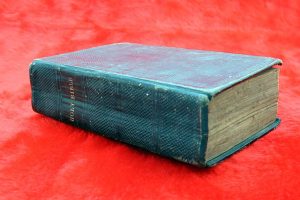 If Abraham is the father of faith, perhaps, Lot, his nephew, could be the father of those living by sight. The Bible tells us that one day Abraham and Lot decided to part company as their shepherds began quarreling over their limited pasture. So Abraham told Lot: “Is not the whole land before you? Please separate from me; if to the left, then I will go to the right, or if to the right, then I will go to the left” (Gen. 13:9). That’s how faith ruled Abraham’s life. He walked by faith, not by sight.

In contrast, “Lot lifted up his eyes and saw all the valley of the Jordan, that it was well watered everywhere…. So Lot chose for himself all the valley of the Jordan….” (Gen. 13:10). But then God rained fire on Sodom and Gomorrah and the entire plains of Jordan saving only Lot and his two daughters. Lot fled to the mountains; lived in caves. So great was his humiliation that while drank, his two daughters slept with him. How foolish is it to live on your own best judgment when you can completely depend on the Almighty Father by faith! Many Christians live by sight and so wander “away from the faith, and pierced themselves with many a pang” (2 Tim. 6:10). We need to live by faith, not by sight, for faith in God is faith in the Supernatural.

“Now when evening came,” wrote Samuel, “David arose from his bed and…saw a woman bathing” (2 Sam. 11:2). She was Bathsheba, the wife of Uriah, the mother of King Solomon. How did God chastise David for such a sin? To live by sight is to be at home with God’s enemy. Like Samson of old, we would have our own Delilah of downfall if we would persist in living life by what we see. We need to live by faith, not by sight, for faith in God is faith in the Unseen.

The Bible tells us that Abel, Enoch, Noah, Moses, among others, were men of God who lived by faith in the Lord. Do you think Daniel could have been saved from the hungry lions hadn’t he walked by faith in the God of Moses? We need to walk by faith, not by sight, for faith in God is faith in what is divine.

He was born in an obscure village, the child of a peasant woman. He grew up in still another village, where he worked in a carpenter shop until he was thirty. Then for three years he was an itinerant preacher.

He never wrote a book. He never held an office. He never has a family or owned a house. He didn’t go to college.

He never traveled 200 miles from the place where he was born. He did none of these things one usually associates with greatness. He had no credentials but himself.

He was only 33 when public opinion turned against him. His friends ran away. He was turned over to his enemies and went through the mockery of a trial. He was nailed to a cross between two thieves.

When he was dying, his executioners gambled for his clothing, the only property he had on earth. When he was dead, he was laid in a borrowed grave through the pity of a friend.

Nineteen centuries have come and gone, and today he is the central figure of the human race, the leader of mankind’s progress.

All the armies that ever marched, all the names that even sailed, all the parliaments that ever sat, all the kings that ever reigned, put together, have not affected the life of man on earth as much as that One Solitary Life.

* Note: The above was copied from a Hymn Book. The wording is slightly different from those versions published on the Internet.
Share
Share

1 thought on “Faith in God is Faith in the Unseen”