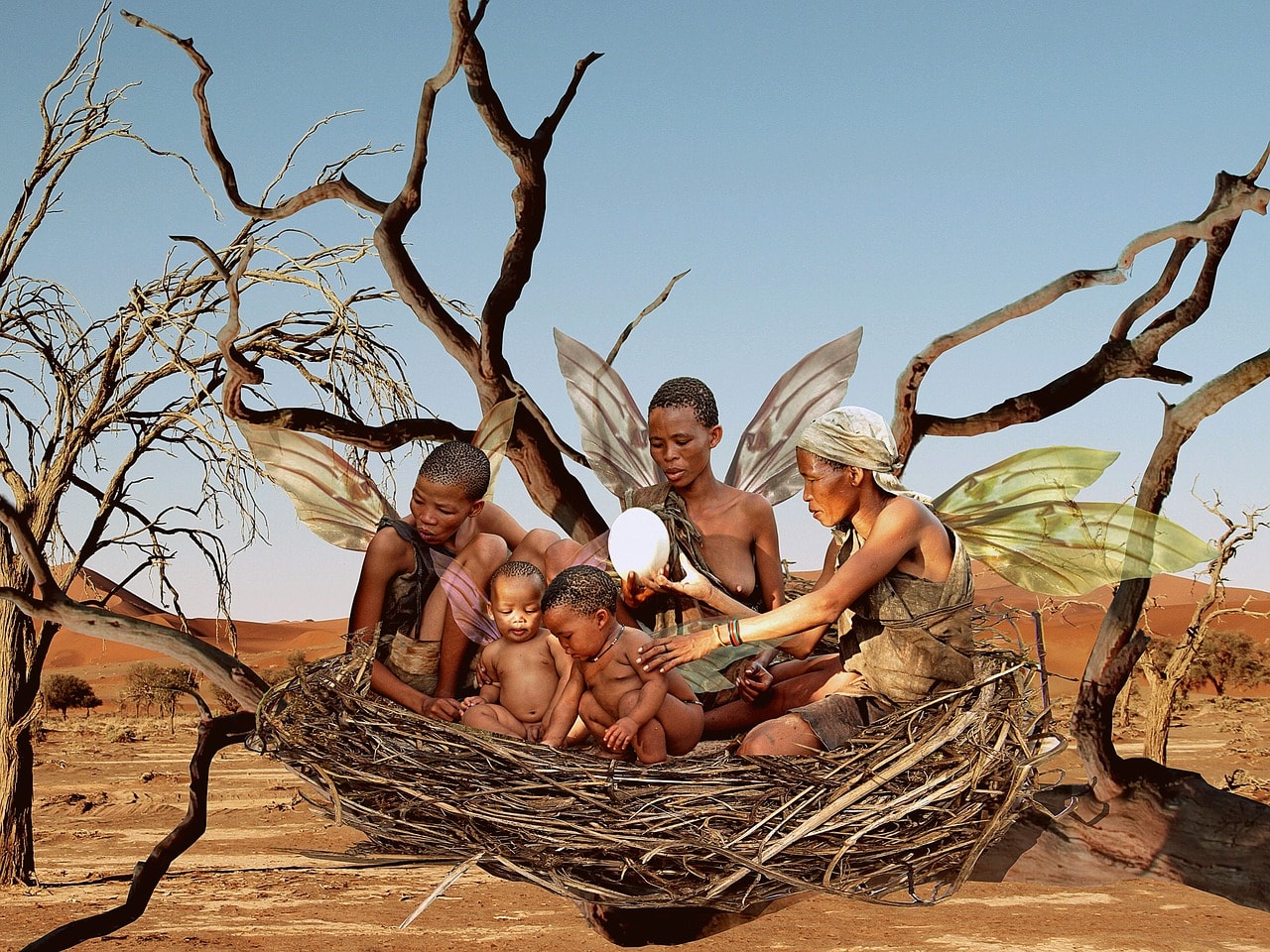 One black American friend of mine told me that his problem is the crab mentality of his relatives. I think this problem is true in all cultures, for it stems from our envious and covetous nature—our nature to love what’s not ours! Like crabs, we pull down to our level anyone who will rise above us from among our clan members. As a family, we want our relative who’s richer than we are to help us and pull us out from  where we are.

The Bad Relative Brand is Our Greatest Fear

Our greatest fear is the “bad relative” stamp or slander on our person since we are self-determining and individualistic. I was once teaching in college; given a load in Philippine history. I learned from that course that the bad-relative charge is the Filipinos’ most dreaded indictment. “No debt of reciprocity” is the verdict of our kinfolks. We want to please our crowd, lest the whole clan will ostracize and reject us! When you rise from poverty, your people expect you to share your opportunities (even cash!) with them or you will receive the dirty look. 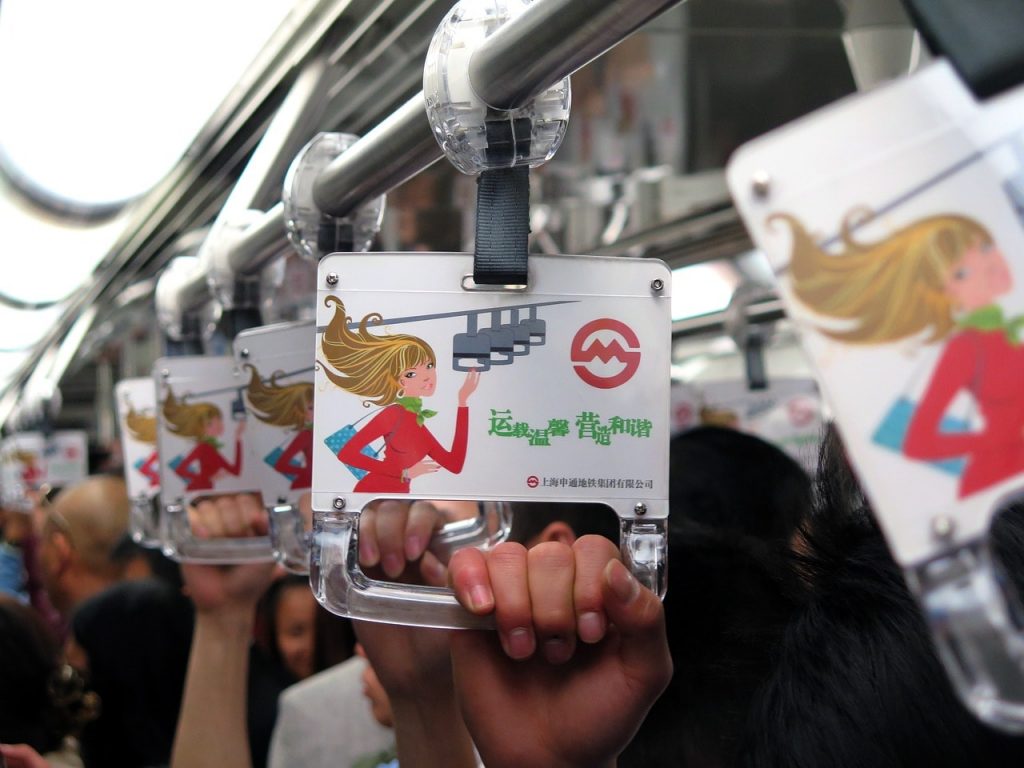 I had the opportunity of watching an American movie (on TV—I haven’t entered a movie house for over 30 years now) that depicted the scene of an entire family visiting another family for over a week—the burden, etc. that’s involved in the process (in the name of a blood relationship) become the theme of the story! The value we give to the essence of close family ties is sometimes more backward, for although family love is unsurpassed, we need to carve out our very own life and future along the path of autonomy and self-sufficiency and of what’s conforming with our religious beliefs. Jacob separated from Isau; Abraham, from Lot; Moses, from Pharaoh’s household. Christ said that our generation would question us if they would play “the flute for you, and you did not dance; we sang a dirge, and you did not weep.” (Luke 7:32b) Your kindred expect you to go along with their culture, their prejudices and beliefs. Go against them and they will “pull you down.”

Most people in more backward societies call your sense of independence as selfishness; while Americanism calls it as “rugged individualism.” But that’s not my point! For there’s nothing wrong with helping your relatives if you have something to help. The issue we are hashing out is the tendency of the less successful relative to exploit the more successful ones and to pull them down if they can, of which practice or culture we call as crab mentality.

This mentality, sometimes referred to as crabs in the bucket, is a phrase popular among Filipinos, and was first coined by writer Ninotchka Rosca. It describes a way of thinking best defined by the phrase “if I can’t have it, neither can you.” The metaphor refers to a pot of crabs. They could easily escape from the pot, but they grab at each other in a useless “King of the Hill” competition which prevents any from escaping and ensures their collective demise. The analogy in human behavior is that members of a group will attempt to “pull down” (negate or diminish the importance of) any member who achieves a success beyond the others, out of envy, conspiracy or competitive feelings.

I was once speaking to a group of people who were less fortunate than most of us. They were less than a hundred, yet I was so fired up to share to them some thoughts on how to get a promotion to poverty level from the “below poverty line.” I told them about the story of Jonathan Livingston Seagull.

“Friends,” I gave my introduction, “I came across with a book…blah blah.” I was referring to the book titled “Jonathan Livingston Seagull.” From this book I learned to work hard, ignoring the pressure of both friends and relatives which, in its fullness, is nothing more than the squeeze from the patrons of crab mentality. 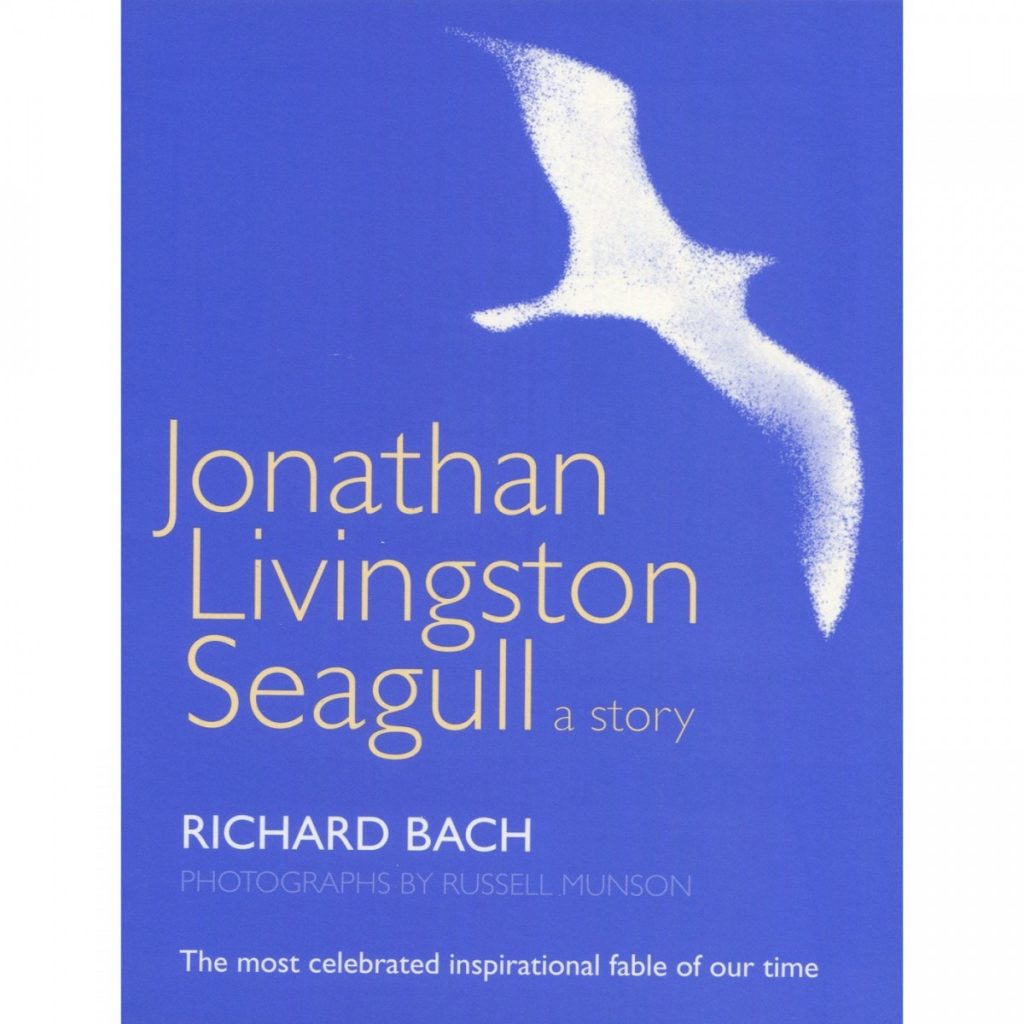 Here’s Wikipedia (again): “Jonathan Livingston Seagull, written by Richard Bach, is a fable in novella form about a seagull learning about life and flight, and a homily about self-perfection. It was first published in 1970 as ‘Jonathan Livingston Seagull — a story.’ By the end of 1972, over a million copies were in print, Reader’s Digest had published a condensed version, and the book reached the top of the New York Times Best Seller list where it remained for 38 weeks. In 1972 and 1973 the book topped the Publishers Weekly list of bestselling novels in the United States.”

Richard Bach, its author, talked about a seagull named Jonathan who didn’t listen to the pressure of the whole seagull flock not to waste energy flying except for fishing. “Jonathan, our wings are for fishing, nothing more,” something like that. Jonathan, a non-conformist, so to speak, violated the rule, wasted his energy flying, exploring the air. The whole flock ostracized him; considered him a rebel! Outside of the seagull family, in the course of flying and flying, he met another bird, a better “fisher,” who taught him “state-of-the-art” fishing. Became famous as an expert fisher, the seagull clan again welcomed Jonathan.

Successful People are Important to Society

Then, I told my audience: “Successful people are important to society. They are the ones giving employment to our children. Without them, our cities would remain a forest or a barren plain full of shanties. But we cannot succeed if we lack the courage to do new things like what Jonathan did, even if doing so would cause being alone in this world!”

Extra Baggage in the Family

I knew my audience wasn’t prepared as yet to absorb my thoughts. So I told them that one problem is that although we came from the same village, attended the same school, fed with the same diet, some of our relatives or close friends are not as smart or fortunate in this world as we are. We need to do things differently to achieve things differently. We need to fight crab mentality for the sake of our children, and our children’s children.

I have a friend who told me that if I can prove that God doesn’t like an “extra baggage” in the family, he would give me his car. So I opened my Bible in 2 Thessalonians 3:10 (NASB), where it says:

“For even when we were with you, we used to give you this order: if anyone is not willing to work, then he is not to eat, either.”

The above verse is God’s way of saying “No” to the lazy family members—no to the leeches and parasites! Then, I told my friend: “As I receive this verse for free, so I will give it to you for free. Keep your old car.”

Successful people are important to society. They are the ones giving employment to our children. Without them, our cities would remain a forest or a barren plain full of shanties. But we cannot succeed if we lack the courage to do new things like what Jonathan did, even if doing so would cause being alone in this world!

Attend to Your Own Business and Work with Your Hands

God even went into saying that He’s against this crab mentality thing. Observe the following verse:

But we urge you, brethren, to excel still more, and to make it your ambition to lead a quiet life and attend to your own business and work with your hands, just as we commanded you, so that you will behave properly toward outsiders and not be in any need. (1 Thessalonians 4:10b-12).

The Failure and the Dole Out

The expectation to receive a dole out is the visible imprint in the culture of a failure Filipino clan. I stayed at Cebu City for around three months where I noticed three generations—from parents, siblings, and grandparents—following their relative, a sexy young girl being accompanied by her old foreigner boyfriend. This scene doesn’t just occur in malls, but also in popular beaches and other tourist destinations in the country. I know it’s simply a portrayal of a failure clan hoping to receive a dole out from a relative who’s now promoted to poverty level because of an old and dying foreigner boyfriend. If such is not an embarrassing display of sheer crab mentality, I don’t have any other vocabulary at all to describe it. It’s utterly backward and rural, a culture that has its place in the 17th-century society or even earlier.

There are forms of crab mentality that are not apparently seen at a glance. Like, for example, an old maid who sacrificed her opportunities to get married for the sake of helping send to school a sister who became a single mom before graduation. Folks, reflect on it!

“Now I am coming to you for the third time, and I will not be a burden to you. I don’t want what you have—I want you. After all, children don’t provide for their parents. Rather, parents provide for their children.” (2 Corinthians 12:14 NLT).

From the above verse, God said that we need to support and release our children from the “bucket of crabs,” so to speak—not pull them down to our failure level.

Listen to Proverbs: “A good man leaveth an inheritance to his children’s children.” (Prov. 13:22a) We need to support our children and grandchildren. Abraham did not require Isaac to support him in his old age but rather gave everything instead to support Isaac, his son. Here’s Matthew Henry’s commentary on the above verse: “The servant of God who is not anxious about riches, takes the best method of providing for his children.”

It is human nature to desire the things of one’s neighbor. Covetousness is the fascination and yearning for what is not yours. God’s 10th Commandment equates it with the sin of stealing or even murder. (cf. Ex. 20:1-17)

In the Filipino culture, the poor clan members are expecting the well-off relatives to provide them a helping hand. The tendency to pull down their more fortunate families, as experienced by Jonathan Livingston Seagull, continues even with the tons of help already extended. “Feed them by your hand,” goes one typical quote among Filipinos, “and they will not just gulp down your hand, but also your elbow.” Crab mentality, that’s it!

Is crab mentality already resisted these days? The answer is both yes and no. For the more educated ones, yes; but in the more rural culture, no!