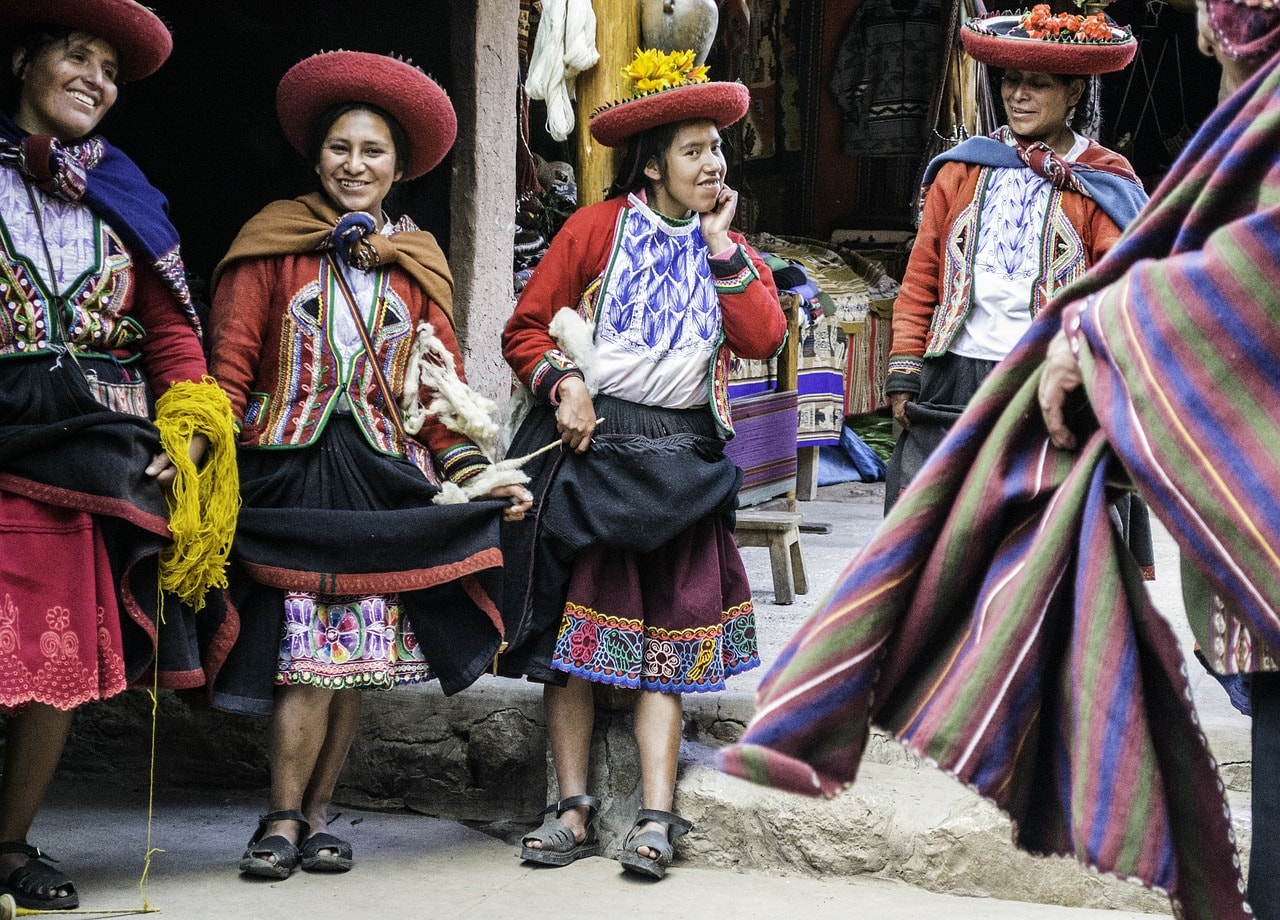 Concerning the life challenges of an unmarried man, this paper scrambles to portray the dreamland inside the unique individuality of this sincerely passionate person, named Horatio.

I think life is a designer. Our character is the primary element of its handiwork. It fashions the lazy ones, for example, to become subsidiarily needy; and the negative ones to be underachievers and reflexive members of the Hall of Failure.

Horatio just did not understand these things.

It is not good for the man to be alone; I will make him a helper suitable for him. — Genesis 2:18.

I believe no one can evade the force of life’s designs. For life’s molding muscles rule. Observe how it teaches the birds to sing, the dogs to bark—and men to think and remember. Though it expires in death—the dark aspect of life in this world—it is always sovereignly commanding all that has breath! 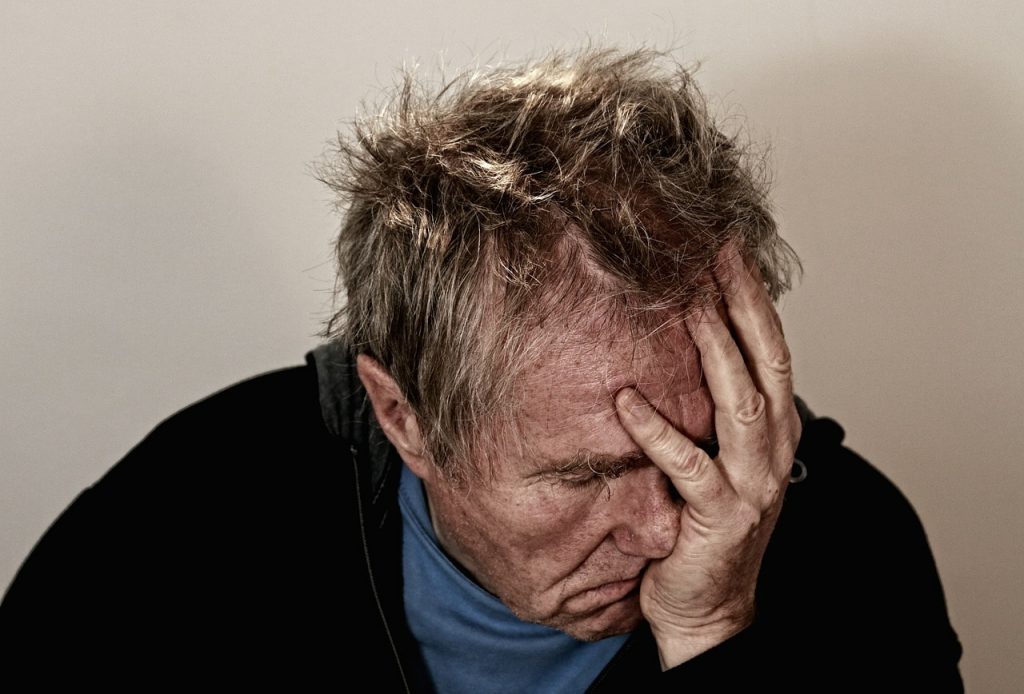 Life Challenges, Part One: Horatio Was Blinded by the Paint

Horatio1 was a friend of mine whose youth was more propitious than most of us. His father was a successful physician, providing him with a bright ambiance to rise and win. But Horatio died poor and without a family of his own! How did life shape him?

“Well, my employer owns most of my waking hours; I have little time left for my paintings!”

As an artist, Horatio desires to be all alone with his art, breaking in the process life’s fixed rules on order and priority. After all, what is art if you can’t afford to buy your brushes, paint, and food? Life then went hard against him, for his father died a few weeks after he left his quite engaging job. Like a cavia cobaya in the laboratory of life’s design, Horatio swaggered through life along with his paint and canvas, poor and without a wife or a child to call his own.

Edgar Degas once said, “Art is vice. You don’t marry it legitimately. You rape it!”

Life’s Molding Force was the Antagonist of His Life

Christ’s Parable of the Prodigal Son describes how life demands the latter’s obedience to its shaping wrench. He was hungry, and to repent and return home was his best option.

Life trained the Prodigal Son in the school of adverse circumstances. He put down his resistance. He asked for God’s forgiveness and then returned home to be one of his father’s hired servants, no longer as a son.

He obeyed life’s demand that we all adhere wilfully to the law of priority. Horatio, on the other hand, resisted life’s mandate to focus on familial love and a stable economy as life’s foundational groundwork in its design to build a man.

Abraham Maslow2 became famous with his theory in psychology, popularly known as Maslow’s Hierarchy of Needs. Food (our physiological need) formed the bottom line, according to him, while art or creativity (self-actualization need) was placed last on his list.

Without a blazing mark of his sojourn here on earth, Horatio passed away—devoid of understanding that life’s design is both unique and unfair. For while his brush brought him down to the stratum of failure and oblivion, Picasso’s, to riches and fame!

Horatio shouldn’t have made his life a slave to mere paint and brush. Hippocrates said: “Art is long, life is short.”

Instead, he should have been steered with the living truth that life is just like a vapor—his passion as a painter should not have consumed him!

“Horatio” of all sorts has flooded this world, such as those more gifted and fortunate youths who are wrestling against life’s rules instead of obeying them. Some of them waste their precious hours and energy on their music, hoping to give humanity color and melody while they wallow in chaos and drugs.

The pursuit of art is truly joyful only if life’s rules on priority are obeyed—that is, economic and marital stability first, then other lines of interest, second.

You may say that the son of Bill Gates or Warren Buffett did not have to be ruled by Maslow’s hierarchy of needs. Billionaires have very different conceptions of priority.

Well, food is life. You won’t hate breakfast because you are now rich. It is always our most basic need. If your digestive system malfunctions, you will die as a billionaire’s son.

Economic stability is always a thing to work for. Rich people are working harder on it, for thousands of employees would starve if they were bankrupt. The richer you become, the more “money, money, money.”

We are talking about the sense of priority; money and the family are always second to God concerning prerogative. Maslow did not make a mistake. If you are economically stable already, start painting or be a politician—move to the next level of your need-hierarchy.

Life frowns at the rebels of its mandate that familial love, good health, and money in the pocket are requisites in creating a masterpiece of art. Mozart’s unmarked grave was caused not by the rain during his burial but by his wife’s sheer indifference since he left her with nothing.

Most geniuses are so eccentric that they are unlovable, just like most successful politicians, who have unhappy marriages because of their cacoethes for pleasing their constituents. Had he listened to life’s call for a more balanced existence in this world, Horatio wouldn’t have been a peach of failure. Thus, life gave him hunger and loneliness as payment for his paintings that have never been hung in the gallery of art.

Ludwig Van Beethoven was a musical genius who had neither a family of his own nor enough funds for his retirement. “Despite his extraordinary output of beautiful music, Beethoven was lonely and frequently miserable throughout his adult life. Short-tempered, absent-minded, greedy and suspicious to the point of paranoia… For a variety of reasons that included his crippling shyness and unfortunate physical appearance, Beethoven never married or had children.”3 Enslaved by his gift of music, Beethoven died a miserable and frustrated man!

The design of life is for it to work with who you are. Its aim is only to fix the bits and pieces of your life, not to recreate you in a new mold. “For as [man] thinketh in his heart, so is he.” (Prov 23:7 KJV)

Life is a Chemist, and Horatio Did Not Know It.

Life is like a chemist. It will form you according to your inner resources, such as your values, habits, attitudes, prayers, gifts, hard work, faith, good health, and others. Unbent by life’s reign, Beethoven preferred music more than the love of a good wife and a retirement amid the joyous chaos of beautiful grandchildren. E. C. McKenzie wrote, “In the ‘good old days’ life was what we made it, but now it’s a case of if we make it.”

Have you heard of God’s reason for creating Adam’s wife, Eve? The Bible says that it was to make Adam a complete man, to give him a helpmate, and to make him one flesh with his wife.

Like Beethoven, Horatio resisted, for art’s sake, life’s mandate to marry and have children. Cat Stevens’ “Father and Son” is a sweet reminder to those who want to live a more proportional life. Observe a part of its lyrics:

It’s not time to make a change;
Just relax, take it easy
You’re still young, that’s your fault,
There’s so much you have to know.
Find a girl, settle down,
if you want you can marry;
Look at me, I am old, but I’m happy.

The apostle Paul wrote: “But I say to the unmarried and to widows that it is good for them if they remain even as I. But if they do not have self-control, let them marry; for it is better to marry than to burn with passion.” (1 Cor. 7:8-9)

Life demands that everyone should follow its list of priorities, topped by food and marital stability. I heard someone say this typical family shibboleth: “College, job, family.” But Mary Kay’s philosophy of life was even superior: “God first, family second, career third.”

What about those who don’t have the opportunity to marry and bear children or those who are jobless?

Well, speaking of opportunity, it is just somewhere in some niche. We need to create, and not wait for, opportunities. As Spurgeon wrote, we are just like thirsty fish to whom God said, “Come, drink the ocean”! There are billionaires even in the poorest countries on earth because smarter folks, like the naïve ones, are everywhere.

God created man to till the ground, have a job, and multiply. Abraham commissioned one of his servants to search for Isaac’s wife-to-be, and so he found Rebecca. The latter, in her own time, told her son, Jacob, to find a wife from among her relatives.

Hence, those who don’t have life partners, including those practicing celibacy, are risking themselves by believing in what’s unbiblical. God has already judged homosexuals as hell-bound souls [that is, according to the Holy Bible, so make no mistake about it]. The apostle Paul wrote in 1 Cor 6:9-10:

Do not be deceived; neither fornicators, nor idolaters, nor adulterers, nor effeminate, nor homosexuals, nor thieves, nor the covetous, nor drunkards, nor revilers, nor swindlers, will inherit the kingdom of God.

Whatever reason one has for deciding to stay single, life continues its pursuit of balance and symmetry. The chaste women of Scripture, such as Rebecca or Rachel, were being chased after by the opportunity to have a husband. She, who doesn’t have a spouse, has a trait or circumstance that is stopping her man from marrying her. A man naturally loves a woman. Even widows find new husbands quickly because they understand their roles as women and wives in the home better.

God invented marriage purposely to make man and woman happy and reproduce themselves. For His purposes, some are called to be unmarried, just like the apostle Paul. Otherwise, one should marry and bear children. For that is obedience to God’s command to have a more balanced and happy life.

The Horatios of this world are pursuing a path that is contrary to the rule of Scripture. God wasted time creating Eve, for it “is not good for the man to be alone; I will make him a helper suitable for him.” (Gen. 2:18.)

Do you kill love, and the unity and sanctity of the family, by a divorce? That is primarily Americanism. I don’t know if you like that.