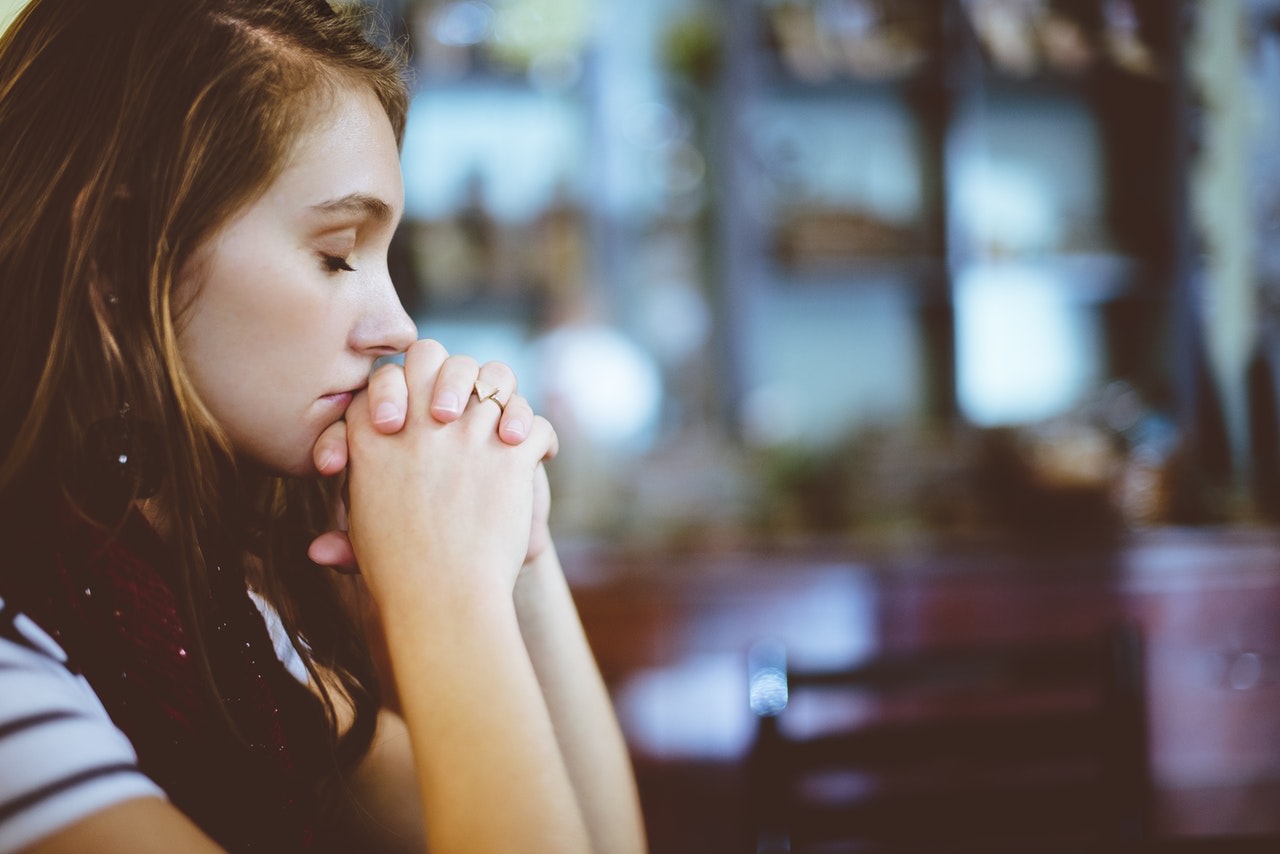 What is spiritual stability? This query seems unimportant or irrelevant for the unsaved floods of people. They don’t have time for the God of the Bible—not until hunger, disease, or the mystery of death breaks through their lives! Their obsession with the cares of this life deceives them to love themselves more than God.

“They don’t have time for the God of the Bible—not until hunger, disease, or the mystery of death breaks through their lives! Their obsession with the cares of this life deceives them to love themselves more than God.”

Unspirituality or godlessness is not a new phenomenon. It is as old as man himself. In the height of the Beatles’ popularity, John Lennon claimed he was more popular than Jesus Christ.

Spiritual stability, therefore, needs brief defining here, for it is not in man’s vocabulary. Perhaps, a little illustration will do. Laughing at his penury, a certain man declared that all his financial troubles would soon be over through sheer hard work. But then his dear wife whined that the last grams of rice had been consumed already this morning, and the little baby is having a fever. As if arrested by the cruel grip of poverty, the claws of fear pierced through his heart. His valued self confidence fell apart. “God,” he prayed, “please help me!”

This sketch is just a portrayal of a material problem that is suddenly transformed into a spiritual one. Or the conversion of the “material man” into a “spiritual being” in the laboratory of life’s trials—the picture of a man who is unstable spiritually. He prayed at last, but not until he learned of his sick and hungry family.

READ MORE: Faith in God is Faith in the Unseen

On the other hand, Christ’s taught that spiritual stability is “everyone who hears these words of Mine, and acts upon them.” He is “a wise man, who built his house upon a rock. And the rain descended, and the floods came…yet it did not fall, for it had been founded upon the rock.”

Therefore everyone who hears these words of Mine, and acts upon them, may be compared to a wise man, who built his house upon the rock. And the rain descended, and the floods came, and the winds blew, and burst against that house; and yet it did not fall, for it had been founded upon the rock. — Matthew 7:24-25. 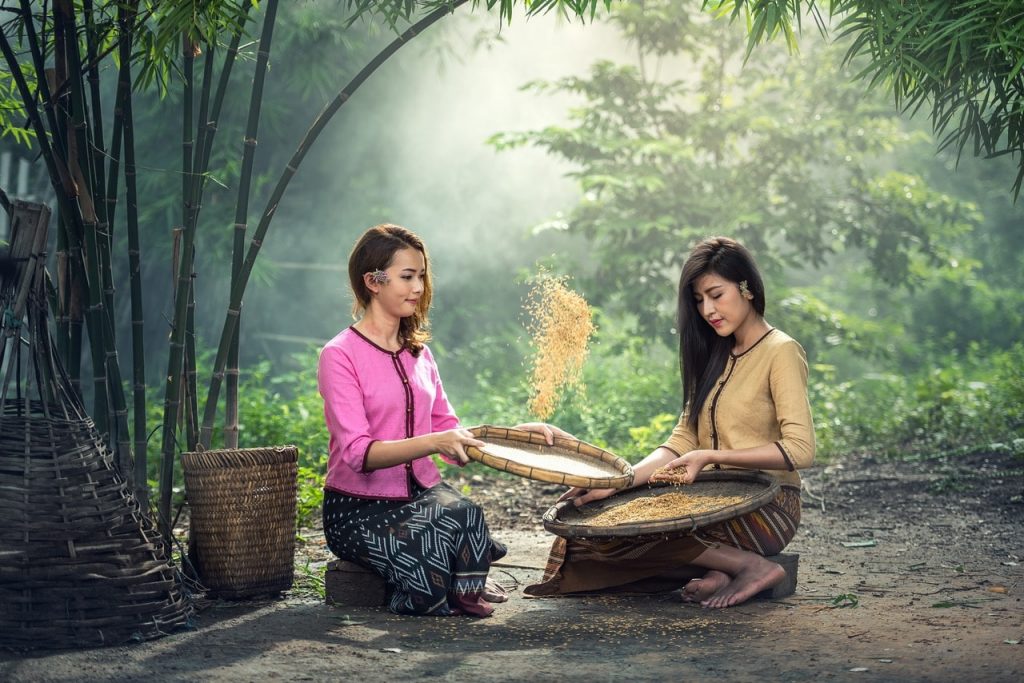 Our Lord said that he who’s spiritually stable wouldn’t falter amidst the tempest. Like a well-founded house, he won’t fall to the ground because of his strength.

Have you seen a man who rolled queerly on a muddy ground upon learning that his sister or wife died in an accident? Jesus called him a foolish man who built his spiritual house on the sand. In tears, he trundled on the mud when the earthquake of his life came—his spiritual base being just mere sinking sand!

Spiritual stability thus is one’s judgment call to hear “these  words of mine, and acts upon them.” Since in Christ you can find soul nourishment, spiritual stability, and steadfastness. He is indeed the only Source of man’s spiritual strength and power!

One common Jewish mockery during Christ’s crucifixion—that was being adopted by unbelievers even to this day—was the claim of Christ as God’s Son versus His helplessness on the cross. But the truth remains that he “who hears these words of Mine, and acts upon them” gathers spiritual stability. God’s truth won’t become false because of man’s opinion or unbelief. With faith, goes the saying, no explanation is necessary; without faith, no explanation is possible.

The word “Therefore” in Matthew 7:24-25 implies that it is contextually related to the preceding paragraph which talks about Christ’s authority:  “I never knew you; DEPART FROM ME.” It’s also about Christ as Judge of our eternal future. In John 10:30, our Lord made another big claim, the impact of which was really felt by the Jews who wanted, as a result, to stone Him for blasphemy: “I and the Father are one.” (John 10:30) As we all believe in the Holy Scriptures as God’s Word, so it is sufficient for now to catch on our thesis that we can only attain spiritual stability if we will hear “these words of Mind, and acts upon them….” Christ is Lord and King of heaven
and earth—there is none other! (cf. Acts  4:12).  We need to hear and act upon His words!

But what do we mean by hearing Christ’s words? In Matthew 7:21-23, Jesus tells us about those who are not born again but are active in church activities. “Not everyone who says to Me, ‘Lord, Lord,’ will enter the kingdom of heaven; but he who does the will of My Father who is in heaven.” In short, hearing and acting upon Christ’s words is equivalent to doing God’s will!

The context of said teaching says that the Father’s will is actually related to man’s salvation. Take note that our Lord discusses the Father’s will only after having talked about one’s entrance to the heavenly kingdom.

In  John 6:28-29, we find the Jews very excited to do whatever God wills them to do. So they asked Jesus, “‘What shall we do, that we may work the works of God?’ Jesus answered and said to them, ‘This is the work of God, THAT YOU BELIEVE IN HIM WHOM HE HAS SENT.’”

“For this is the will of My Father, that everyone who beholds the Son and believes in Him, may have eternal life; and I Myself will raise him up on the last day.”

The Father’s will thus is to save anyone who comes to Christ by faith as Lord and personal Savior. “He who believes in the Son has eternal life; but he who does not obey the Son shall not see life, but the wrath of God abides on him.” (John 3:36)

Some thought that their ministries (and good works!)—like those pseudo-believers mentioned in Matthew 7:21-23—help them get saved. “Lord, Lord, did we not prophesy in Your name, and in Your name cast out demons, and in Your name perform many miracles?” For which Jesus answered: “And then I will declare to them, ‘I never knew; DEPART FROM ME, YOU WHO PRACTICE LAWLESSNESS.’”

They were told to depart from the Lord’s presence because He never knew them. In Matthew 25:41, Jesus added the words, “ye cursed, into everlasting fire.” (KJV) Lawlessness or iniquity was behind this horrible verdict.

What is “lawlessness”? A quick look at the parable we find one most loathsome sin: that is, the carnal expectation to get into heaven through good works such as prophesying or casting out demon spirits in the name of Jesus.

Today, many claim warm intimacy with the Lord after having physically done something for Jesus. Some—after dancing, chanting, or babbling during their church meetings—mistakenly interpret emotional fever with “divine presence in our midst.” Such a spiritual “high”—in the environment of physical fatigue, noise pollution, confusion, and chaos—is the poorest evidence of communion with Christ. Until one has become known of Jesus to have been totally washed by His blood through faith, then one’s good work will remain as just a “filthy rag.” (Is. 64:6, Eph. 2:9, Rom. 11:6)

In short, salvation is Christ’s knowing you—your faith, repentance, and love of the Blessed Savior—it is His knowing the content of your whole heart! “For by grace you have been saved through faith.” (Eph. 2:8)

Thus, hearing Christ’s words is more than the audiological exercise of the mind. It is rather the whole attitude of the heart—the one that is daily baptized in the sea of faith—toward his loving Savior. It is hearing through the ears of the affection; the holy character of the forgiven soul who is in deep devotion and fellowship with the loving Son of God.

When Saul heard the voice of the risen Lord Jesus Christ at Damascus, his first question was, “Who are Thou, Lord?” And the Lord answered, “I am Jesus whom you are persecuting” (Acts 9:5). 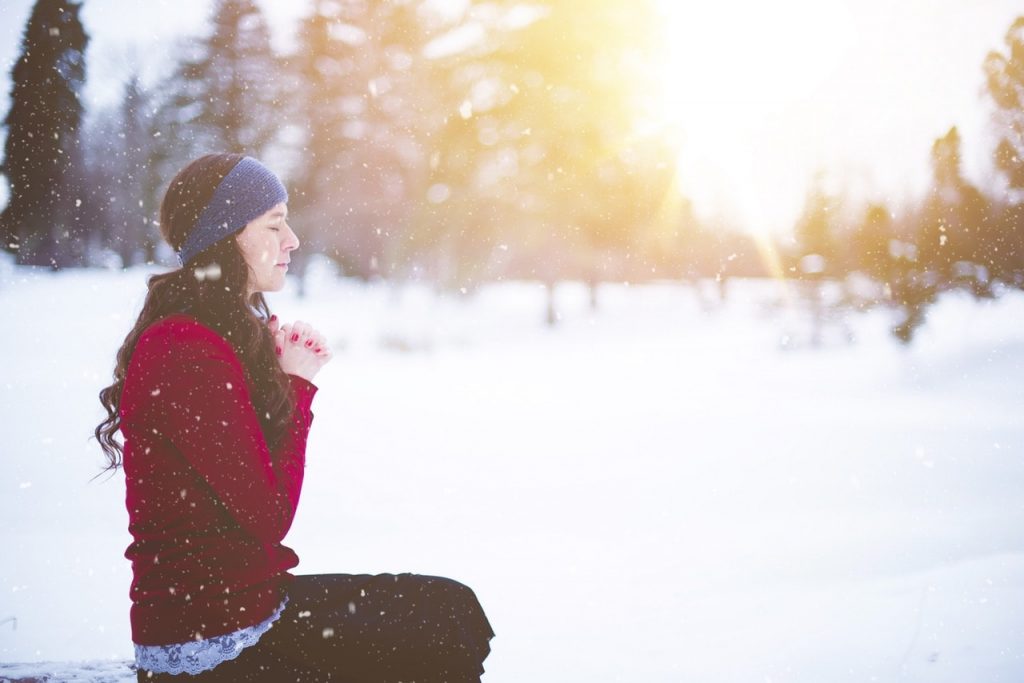 Christ made Himself known to Saul, who became Paul, the apostle. Years later Paul wrote, “I count all things to be loss in view of the surpassing value of knowing Christ Jesus my Lord.” (Phil. 3:8) Hearing Christ in Paul’s experience, was knowing Christ who told him: “I am Jesus whom you are persecuting.”

Judas heard and obeyed Jesus, too. But he didn’t believe that hearing Christ is actually knowing God’s Son, the Savior of man. And so he went to hell betraying his only Hope (who is Christ Jesus!) of salvation.

Our text (Matthew 7:24-25) also requires those who hear Christ’s words to give proof of faith in the Son. So, act upon His instructions! “Therefore everyone who hears these words of Mine AND ACTS UPON THEM.”

In the olden times, the poorest poor in England were occasionally invited to palatial banquets only to get themselves so fed that they could no longer walk. This shameful show of inutility portrays the life of those who are imbibing massive doses of God’s Word in the spirit of endless and routine disobedience. Inaction can cause spiritual indigestion. To stay healthily stable in Christ is to act upon His words. For, no faith—no matter how stout its seed—can ever germinate in the climate of pure theory. Faith without works is dead!

Doing Christ’s words is not the motion of the body alone to accomplish something for Jesus. It is rather the supernatural love attitude of the forgiven soul—who is already a “partaker of the divine nature” (2 Pet. 1:4) — to his dearly beloved Savior. It is voluntary action out of immovable faith and deep affection. It is just like the subconscious effect of a sleeping mother when the dear baby cries.

Another illustration of this kind of a subconscious action upon hearing Christ’s words is one’s typing skills. One just lets the subconscious do it. Else, no typing would ever be possible where one’s eyes consciously choose every letter he needs on the keyboard.

When he who works for Jesus become very particular with his time and pay like a salaried employee, then he is not God’s child happily obeying subconsciously his Heavenly Father in the spirit of true love; but rather a hired servant (from a foreign land) in the kingdom of God.

The Profile of One Who Has Spiritual Stability

There was only one man who obeyed Christ’s teachings perfectly, and that was Christ Himself. As He taught us to love our enemies, so He prayed for those who nailed Him.

“There was only one man who obeyed Christ’s teachings perfectly, and that was Christ Himself. As He taught us to love our enemies, so He prayed for those who nailed Him.”

Christ’s humanity was the perfect eloquence of spiritual stability. The tempest came fiercely in His earthly life and yet He was unmoved—stable as ever!

But why are the majority of Christ’s followers plagued with the epidemic of spiritual instability? In the churches, you’ll find insecure believers—easily defeated by life’s trials!

One may honestly say: “I have faithfully heard and acted upon Christ’s words since the day I was born anew. Yet, to this day, I am helpless against sin. Christ’s doctrine on spiritual stability does not apply in my case.” Well, if that is one’s experience, then either Christ or oneself is a liar.

Apostle Peter saw the waves—was scared;
Began to sink when Christ came to save him.
How could the fisherman forget to swim?
Seeing Christ but was still unassured!

“Lord, save me”—Peter called Jesus for help.
Immediately Christ stretched out His hand;
and took hold of Peter with a reprimand.
“You of little faith, why did you doubt?”